Space. The final frontier. Some of you are old enough to know where that’s from but in this case it’s got a much different meaning. After restructuring the contract of Stephon Tuitt and seeing Joe Schobert’s financials get better and better the Pittsburgh Steelers find themselves with lots of space. Currently, the team has about $20 million in cap space which is a number pretty outrageous. Normally the Steelers have somewhere in the neighborhood of $5 million this time of year so the question begs, “Why all the space?” The most logical answer is this is all so that the team can get T.J. Watt’s mega-deal completed. While my concern isn’t at emergency levels, I am getting a little worried that they won’t get this done. That would likely lead to the Franchise Tag next year. But this could also mean they are trying to add another player. Cornerback? Offensive Tackle? There’s no way Kevin Colbert enters the 2021 regular season $20 million under the cap so with all that space, something is coming.

We’ll be recording the latest episode of the SCB Steelers Podcast presented by DEK Roofing Inc tonight. Topics will include the trade for Schobert… The backup QB situation… Takeaways from the win over Philly… Who got cut today? And a whole lot more. We are proud to be part of The Pigskin Podcast Network.

Tweet of the Day… Very true here. At some point Khan is going to get a GM job and he will be difficult to replace.

Mike Tomlin and Kevin Colbert get all the credit but Omar Khan is really good at his job.

Does anyone still call deli meats “cold cuts?” My grandparents called them that… Anyway, today is the first round of roster cut-downs. The Steelers will have to release five players today by 4pm Eastern. This will take them to 85 players. A week from today, they must release another five players to get to 80. Two weeks from today is the big one. That’s when the final roster of 53 is announced. Some players will come back on the Practice Squad as well. These days are not easy for coaches or for players. For some, it means the end of their football lives, something many have lived for the majority of their lives. For others, it could mean a fresh start somewhere else. Regardless, it’s no easy day.

The Return of Masks

The Steelers announced yesterday that all fans, even those vaccinated, will be required to wear masks in any of the indoor areas during Saturday’s game. The statement said nothing about games moving forward and it appears if you are outside you do not have to wear it. Please don’t make it political. We are all Steelers’ fans. Support the team. If you feel strongly one way or another and are considering not going, then please get your tickets to someone who will go. Maybe someone who has never been before. 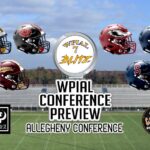