With the Combine over, we have now reached the season where everyone with a heartbeat will start putting out mock drafts. I shared some of the mocks yesterday in terms of who people have the Steelers taking in round two. Let me tell you exactly what we know about who the Steelers are drafting… Nothing. Pittsburgh doesn’t even know yet who they will select at pick number 49. Sure, they have targets but there’s no way of know who will be there. Most mocks have us taking an EDGE rusher. This assumes of course that the team is unable to retain the services of Bud Dupree. The Athletic Steelers’ Beat writer Mark Kaboly has the Steelers taking a wide receiver. Why a wide receiver when we already have three young ones? Well, that’s the point of these mocks. They assume an awful lot so in essence, it’s all about the ‘known unknown’ isn’t it?

We’ll be back with the SCB Steelers Podcast tonight. We’ll be discussing the latest on the Steelers including whether or not they’ll franchise tag Dupree, the latest on the CBA and Combine thoughts. Ian will also throw his two cents in on NCAA Bracketology which you don’t want to miss.

Tweet of the Day… Another big star speaking out against the CBA. I think it will be close but I still the the ‘rank and file’ will have enough numbers to pass it.

I, like every other football fan on Earth, understands that it’s a big deal about where Tom Brady ends up. Much like when Peyton Manning was leaving the Colts, it’s a major story and deservedly so. But… I think I speak for many when I say I can’t wait for the free agency period to begin simply so I don’t I have to hear about this any longer. Sheesh.

If the CBA does not pass the likelihood the Steelers can keep Bud Dupree drops big time. They are already in a position where they will have to jettison some players and in an effort to keep him it would actually require more and I’m not sure the Steelers want to do that. Of course they would like nothing better than to keep Dupree but even that comes with some issues. Look at the money paid out to Stephon Tuitt and Cam Heyward and then factor in what T.J. Watt will garner. I don’t think this whole thing is set by a long shot CBA or not. 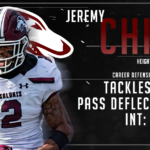 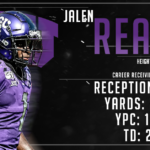