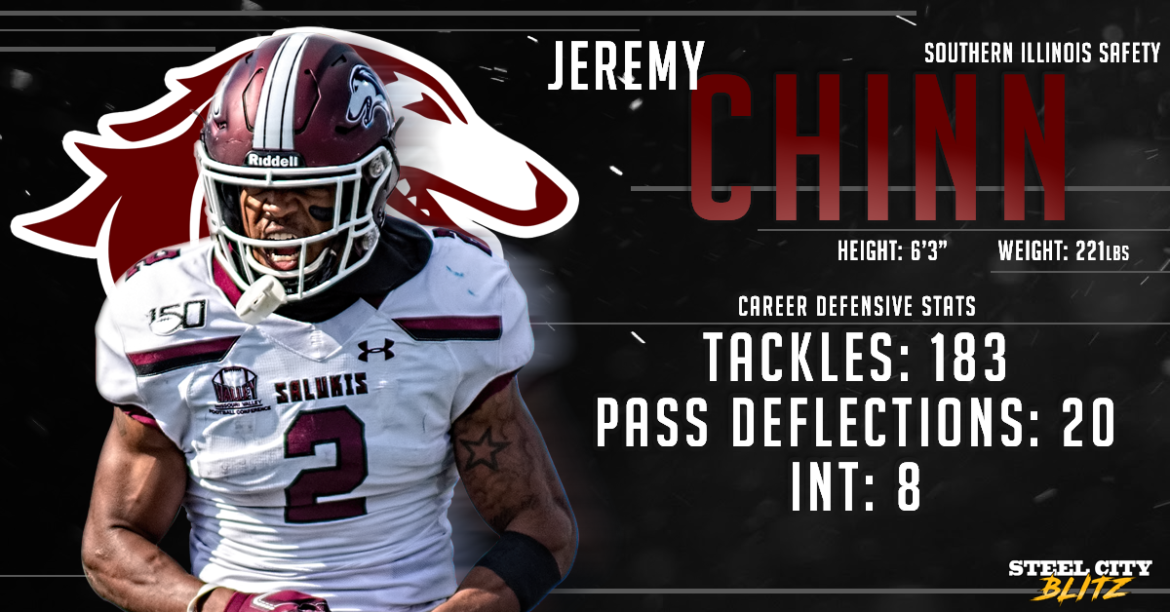 Chinn is from Fishers, Indiana and was named an All-Metro defensive back by the Indianapolis Star during his Senior season. Was not highly recruited out of high school after missing time during his Junior season due to injury. Earned playing time as a true freshman starting 6 games. 1st-Team All-MVFC during his Junior and Senior seasons at SIU. Finished his storied SIU career with 243 tackles, 13 interceptions, 31 passes defended, and 6 forced fumbles.

Playmaking ability: Recorded at least 3 interceptions and 5 pass breakups each year at SIU. Receiver-like awareness on the sideline when breaking on the ball. Innate awareness when the ball is on the air both in coverage and off of deflections from teammates. Almost always attacks the ball at the highest point. Does a good job reading the QBs eyes when asked to play as a 2 high safety. Will get deflections as an underneath defender with crossers running behind his zone.

Athletic Profile: Freak athlete. Built like a linebacker but moves like a safety. Click and close ability is elite for his size. Shows good instincts when breaking on flat routes, crossers coming to his side. Specializes in playing downhill where he can use his athleticism. Plays well in space. Strong player who will stonewall running backs and allow very few yards after contact.

Versatility: Experience as a half field safety and as a robber. Understands cover 2 principles. Good instincts to quickly fill alleys in the run game. Possesses “big CB” like footwork. Has the build and the skill set to play as a dime backer. Good/tough enough at the point of attack to survive in the box in sub package football. Wasn’t asked to blitz a ton but showed some impressive reps when given the chance.

Will have some trouble covering shiftier slot receivers. Not where he projects as a pro but was not asked to play much single high safety. Will sometimes lower his eye level on tackles near the LOS. In man coverage in the slot, has a bad habit of being late to flip his hips on vertical routes. Low level of competition in college where he was often by far the best athlete on the field.

Chinn should instantly be a sub package football participant where he can showcase his downfield attacking ability and impressive ball skills. Should become a starting strong safety fairly early in his career where he can be used as a half field cover safety and robber defender in cover 3 looks. Excited to see what NFL coaching could do to help improve his football IQ and technique in man to man coverage to become a weapon against tight ends. Special teams potential is there. Plenty of room to grow as he has all the athletic tools that you could want in a prospect. 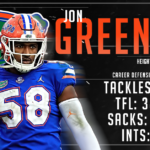 I pay a visit everyday some web pages and websites to read
articles or reviews, however this website provides feature based content.