If nothing else James Washington is a professional. He carries himself as one and he speaks as one as he did yesterday. Washington didn’t deny asking for a trade from the Steelers but he also said “That’s a private conversation.” It’s the right thing to say right now. With Chase Claypool going down with a minor injury, Washington was thrust back into the spotlight. He would go on to say that he loves Pittsburgh and “who wouldn’t love playing football as a profession?” From his angle, asking for a trade is a business decision. He’s in the final year of his rookie deal. For most NFL players the second contract is usually the big or most lucrative one and Washington knows this. If he’s stuck down the depth chart in Pittsburgh then his chances for a big contract go down. If he’s traded and puts up significantly better snap totals and more importantly, statistics, then his chances of a better contract go with them. In other situations, a player in Washington’s position could be a locker room and on-field problem. In this case it is not. Washington is handling things well in the hopes that something breaks his way.

Tweet of the Day… The former Steelers’ PR man and frequent podcast guest Ryan Scarpino laying down some stats.

Some random #NFL stats as we get closer to Week 1. Today's theme is the first 6 games.

Ben Roethlisberger has had his best practices of the preseason in the last two days. Better, more accurate throws and he’s showing some mobility on boots and rollouts… WR Anthony Johnson continues to make good plays in Camp. He’s not going to go quietly… Washington had a great day of Camp yesterday making several big catches and defensively Melvin Ingram was an unstoppable force… The perceived starting offensive line worked together for the second or third straight day and they started by blowing open some holes for Najee Harris and company before the defense regrouped… Cam Sutton got some snaps at slot corner yesterday even with the return of Antoine Brooks from injury. This tells me they still aren’t 100% sure who that guy is going to be… Benny Snell finally saw some action yesterday and looked decent according to multiple reports. He better look “decent” because his job is on the line after not being around much the first couple of weeks of preseason… The Steelers seem to be getting more and more comfortable with Dan Moore as the swing tackle. Great sign for the rookie who has come a long way since he was drafted.

I really didn’t want to have to roll with this category but here we are. T.J. Watt continues to do only individual work while he people and the Steelers work out a new contract. I have officially reached “concerned” level. I just don’t want this to linger all during the season and then into 2022. We’ve seen how this played out with Le’Veon Bell in terms of Franchise Tags and no one wants this to come to that. But… the Steelers have to be prudent yet understand he has earned the right to be the highest-paid edge rusher in pro football. For his part, Watt knows what he’s earned the right to ask for but understands the Steelers are running a business and will only go so far on certain details. As I’ve said, we all need for this to get done sooner rather than later. 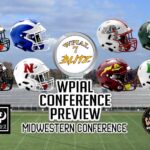 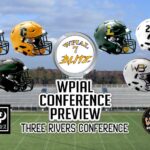