I have to say that despite some early sloppiness the overall focus of the Pittsburgh Steelers on Saturday night was pretty impressive. After dealing with the sudden loss of their Wide Receivers Coach Darryl Drake, missing two practices as a result and then being delayed by weather, their ability to overcome all of that in an otherwise meaningless game has to count for something. Being that it was a preseason game it is meaningless from a wins and losses standpoint but I still think there are things that can be taken from this the ability to re-focus is chief among them. Yes, pun intended.

I wrote yesterday that the Steelers should be shopping Josh Dobbs and if they aren’t they should be. I was surprised at the support fans have for Dobbs and some cited the numbers between he and Devlin Hodges. Statistics are a very important factor when evaluating a player’s performance but watching film is just as important. It reveals many things the statistics do not.

Tweet of the Day… Bold statement here… which I hope comes true!

I think the Steelers can be a top 5 defense in points allowed.

Do You Understand Now?

Remember when Steelers’ fans went nuts because General Manager Kevin Colbert settled for just a third and fifth round draft pick in the trade that sent Antonio Brown to Oakland? If you don’t understand now why Colbert and Art Rooney II did what they did then I don’t know what to tell you. I fully expect Brown to show up for he regular season and I still believe he will put up decent numbers. He clearly doesn’t want to be going thru camp so I think that’s part of it too. Regardless, I’m glad he’s someone else’s problem.

Ola Adeniyi will miss 2-4 weeks as we’ve heard but the positive side of this is that’s giving other guys opportunities. Adeniyi is a lock for the roster so perhaps his current absence opens the door for just one more guy… Sutton Smith is in danger. For the second straight week the rookie did not dress and he’s falling dangerously behind in his attempts to make the team. My guess is that he’s headed for the practice squad as of right now but even that has become debatable… This week will be a big indicator of just where Maurkice Pouncey and David DeCastro are in terms of their injuries. Week three is always the “dress rehearsal” for the starters so this is something to pay attention to over the next few days… Devin Bush dressed Saturday night but did not play as most of you know. Had this been a regular season game it sounds as though he would have played. Nothing to be overly concerned about.

From the Mouths of Babes

My daughter is entering her second year of college so I don’t really know if she qualifies as a “babe” in this case but she had a great line Saturday night during the game. When Alejandro Villanueva was flagged for holding (and rightfully so) she said, “How can he throw a flag on an Army Ranger?” I think she has a point!

Have You Visited Our Online Store Yet?

We currently have a terrific assortment of shirts available right now on our online store and there will be more added this week. I’m posting a few examples here for you. 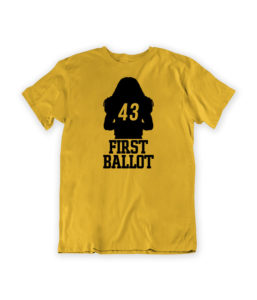 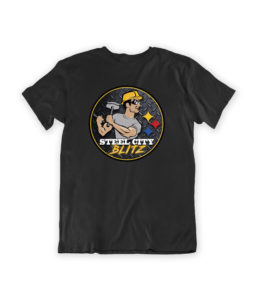 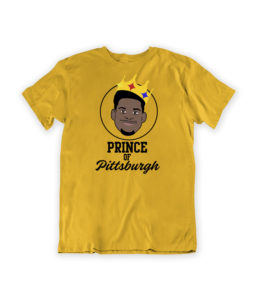 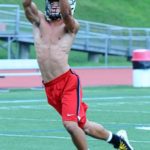