SCB Steelers Quick Hitters: The “Grin and Bear It” Edition

There is little good about today. First of all it’s Monday. It’s the Monday following the Super Bowl and of course the worst part of it is that we now have company in the “6 rings” department. Go ahead, be mad, be pissed be all of those things… That’s not going to change a damn thing. Whether you believe Bill Belichick and Robert Kraft are cheaters or made a deal with the devil means nothing. It doesn’t take away the Steelers’ trophies so my advice is to grin and bear it. But it goes further than that too. The Patriots are now even further ahead of our team than a few years ago. We are mired in one dramatic conflict after another while they keep buttoned up and keep winning. That’s the toughest part for me to accept so Art Rooney II? Kevin Colbert? Mike Tomlin? You listening? It’s time to knock off the BS and get back to winning championships.

The NFL Network’s Aditi Kwinkhabala suggested this weekend that if the Steelers don’t take a look at free agent linebacker Thomas Davis then they are “doing it wrong.” Davis is 36 years old, has had some serious injuries and has been suspended for PED use. I agree the team could use his presence in the locker room but that doesn’t mean he can be relied on as a top-level player anymore.

Tweet of the Day… This is spot on in regards to a boring Super Bowl.

If I wanted to spend 2.5 hr watching a bunch of guys not score, I would of taken my buddies to the bar.

Alan Faneca not getting into the Hall of Fame this year is one thing. Getting beaten out by Kevin Mawae makes it a travesty and also makes one wonder if the ‘Anti-Steelers’ Bias’ isn’t a real thing. Faneca had more Pro Bowls, more All-Pro selections, led better rushing attacks and has a Super Bowl ring. With Troy Polamalu eligible next year, I can’t see this committee allowing two guys from the same team to enter the Hall so Faneca likely gets snubbed again. Lastly on this issue, could someone else other than Ed Bouchette make the case for Faneca? What an emotionless, boring effort that was!

Congratulations to Rick Holman who becomes part of the inaugural class of the Ford Fan Hall of Fame! He had an amazing time in Atlanta and is incredibly deserving of this honor. We look forward to speaking him soon about his experience!

Sean McVay went from being the hottest ticket in the NFL to being just another guy out coached by Bill Belichick. Play-action doesn’t work when you aren’t running the ball and what in the world happened to Todd Gurley???

Pittsburgh at Patriots. Drama Queens at the Model Franchise. That’s from Peter King of NBC Sports who wonders if that won’t be the season opening game of 2019. King has always been a Patriots’ fan and apologist but he isn’t wrong here. And that really sucks.

Have a great Monday Steeler Nation. 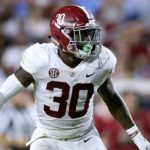