Seeing players in Training Camp get a bit chippy with each other is nothing new. In fact it’s about as common as a player breaking a sweat. But typically these minor skirmishes happen because guys are just at their wit’s end with living in a dorm room at St. Vincent College. Also, these things usually take several days to develop. Well, through the “normal” out the window because yesterday we saw two different scrums between Zach Banner and T.J. Watt. Banner earned his “Hulk” mantra in Camp last year and certainly it fits. He’s a funny, nice and mild-mannered guy off the field but the eyes turn red and the body green when he hits the field. Fans are funny when these types of things happen in Camp every year. They can sometimes ‘choose sides’ in these battles. What I can tell you is that 90% of the time these guys are quite friendly by the time the practice, or in some cases, the drill ends. I see this as a good sign. Banner is competing his butt off and he’s going to be challenged by guys like Watt every step of the way.

Mark Kaboly of The Athletic reported this morning that Banner was used yesterday as the “eligible” tackle that made him a cult hero last season. This could have simply been just for purposes of a drill but considering that Chuks Okorafor has been getting the bulk of reps at right tackle is it a sign of something? Mike Tomlin told us not to “count reps” when it came to these guys but that’s something that’s hard to not acknowledge.

I love all the training camp excitement. Excitement for upcoming season. Players catching passes. Ben throwing spirals. Happens every year. Me? I’ll take a calm wait and see approach like I’ve done the last ten years. As tomLin says “ the proof is in the pudding.”

Barring an injury, Ryan Switzer is going to make the active roster. That’s not going to sit well with many in Steelers Nation who struggle to see what he brings to the table. Diontae Johnson is a better punt returner and Switzer’s ‘catch and get tackled’ persona doesn’t help either. Multiple reports are suggesting that Switzer is having a great first few days. He’s packed on some strength and his routes are quick and decisive. Personally, I need to see things for myself but I’ve already accepted he’s going to be on this roster and so should you.

We all know that Ben Roethlisberger has grown as a person and as a player over his time in Pittsburgh but there are some that still want to harp on him for being a “bad teammate” whenever they get a chance. Yesterday when rookie offensive lineman Kevin Dotson hurt his knee, Roethlisberger was one of two individuals who helped him off the field. There may have been a time when Big Ben struggled to be a good teammate or good person but it’s time to finally put that crap to bed. 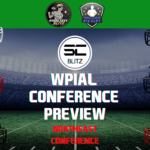