If there were a meter that gauged our level of concern over the current status of T.J. Watt’s contract it would be in the “meh” range. In other words, I don’t think any of us should be that concerned just yet. Art Rooney II had no problems telling the media last week that they were working on a new deal for the All-Pro Pass Rusher and Watt himself has acknowledged both sides are working on it. With three preseason games still on the docket, I don’t think the level of concern starts rising until that final week. The Steelers have had several of these situations in their history and some have gone down to the final hours. As most of you know the Steelers have a policy of not doing contract negotiations once the regular season starts. Should Watt get into the season without a new deal that means the Steelers would be forced to use the Franchise Tag while working on a new deal. Neither side really wants to get there. From everything I’ve gathered, Watt loves playing in Pittsburgh and wants to be here. The Steelers (duh) want him to remain here. As far as his practice workload or lack thereof, I think it’s important he gets a few reps before we head into Buffalo for week one. If for no other reason to get him something close to game action prior to the season beginning. All in all, I hope I don’t return to these pages with something far less positive in the coming weeks. Let’s get it done!

Drew Rosenhaus, agent for Steelers’ Pro-Bowl CB Joe Haden, has approached the team regarding an extension for his client, who is now going into the last year of his contract. “Joe wants to finish his career with the Steelers if possible,” Rosenhaus said this morning.

Bush Needs to See the Principal

When you make poor choices in school you get sent to the principal’s office. Devin Bush, if he hasn’t already, needs a trip to the principal’s office in Pittsburgh. For the first time since his odd social media behavior earlier this summer, Bush addressed the media. I struggle to believe the Steelers haven’t already talked to him about this and if they did? It didn’t work.

Devin Bush was asked if he thought his Twitter rants of last month made fans mad.

Did anyone in the organization tell him to cool it or watch what he says?

Last month he tweeted a video of a cat falling to its death. Many followers didn’t take it well and he didn’t back down as he followed with more bizarre comments. And to suggest that the Steelers “can’t control his Twitter” is a bit false. There are numerous ways they can control whether he likes it or not. Yes, he’s a young man much in the same way JuJu Smith-Schuster is and social media can be a rough place for young people but Bush has to do better. It’s that simple.

I’m very proud and pleased to announce the return of “Steelers History.” Our great friend Gordon Dedman (@steelUK) is back with another year of great weekly articles on the history of this great franchise. He has his first piece up today on the Steelers’ very first Training Camp in 1933. 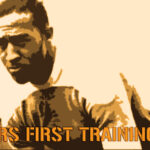 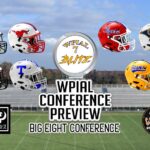