Good Friday to You Steelers’ Fans!

As of this writing it looks very much like the Steelers cold be without the services of left tackles Marcus Gilbert and Matt Feiler. Feiler was a limited participant yesterday so his availability will be determined by today’s practice. Should neither be able to play that means rookie Chuks Okorafor would get the start. To this point, Okorafor has been used primarily as an extra tight end and while those snaps are crucial towards his development they are not quite what he’s going to face on Sunday. With Von Miller and rookie Bradley Chubb poised to take advantage of the rookie I would expect Randy Fichtner to use tight ends and tight slot receivers to chip on the outside rushers. The truth is that Fichtner was probably planning to do this regardless of who was playing tackle because Miller especially is just that good. In terms of the overall gameplan, the Steelers need to establish the run. James Conner needs to get his mojo back and by getting the running game going it will help alleviate the threat of Miller and Chubb. Getting an early lead would be nice too. Either way, expect lots of chips on Sunday.

I watched all three Thanksgiving Day games yesterday and I came away with this. If you think Mike Tomlin is the only coach with game management issues then you having been paying attention. Sean Payton, with his team facing a fourth and short at mid-field called a timeout and put his offense back on the field. They tried to draw the Falcons off before eventually taking the delay penalty and punting it away. In conclusion it was a terrible waste of a timeout and showed indecisiveness that is rarely associated with Payton. Secondly was Jay Gruden’s Redskins and Mike Quinn’s Falcons. Both teams were trailing in the second half yet their respective offenses were wasting time huddling and walking to the line of scrimmage. Gruden’s offense also let 15 seconds elapse following an injury to a Cowboy when they should have been up at the line ready to go. Tomlin isn’t perfect and I’l never claim he is but he’s far from the only one who screws things up.

Tweet of the Day… I don’t think Dale is telling us anything we don’t know. Good article but this ship sailed for me years ago. Big Ben will never be given the respect he deserves for myriad of reasons.

#Steelers Roethlisberger still isn’t getting respect, decade and a half into NFL career – https://t.co/Jxz62WbQoE

Stephon Tuitt’s absence will again be under the microscope this week. Denver has an underrated offense in my opinion and really underrated running back in Phillip Lindsay. Don’t underestimate this guy.

I’m glad to see so many Steelers getting some love via the Pro Bowl voting but please remember these are fan votes and no one represents their team like Steeler Nation. But… this is just one third of the vote. Coaches and players will get their say as well.

Is anyone still in a food coma from yesterday? Asking for a friend. 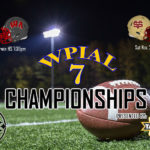 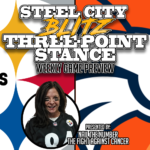