I’m old enough to remember when video games began. That meant ‘Pong’ or playing Atari Baseball which resembled a bunch of squares on a diamond. As I’ve gotten older video games have evolved to something we probably never dreamed of in the late 1970’s or early 1980’s. Not only can you play against someone on the other side of the planet but you can talk to them directly as well. With the recently popular game ‘Fortnite’ starting to lose some of its’ luster, a new game called ‘Apex’ has started to take its’ place. Our very own Chris is one of these guys who play online and this week he stumbled into a game of ‘Apex’ against some guy named Cam Heyward. This isn’t the first time Chris has encountered Steelers online but it is the first time for he and Heyward. I’m told the discussion was centered mostly around the game and that Chris helped Cam with some of the nuances of it as well. They did take a moment to discuss Heyward’s health and Chris reported that he’s in great shape and ready to go. How bizarre the world in which we live in these days. When I was younger we would have done just about anything to be able to talk with our favorite players. Now? Just fired up the PS4 or XBox One and there they are.

John Candelaria had a 3.24 ERA in 1978 and also smoked 3.24 grams of pot just before this photo was taken. pic.twitter.com/kKhPFcPQrw

Some video floating around of Big Ben entertaining the skill players on the Steelers out on the lake. He does this every year but don’t let that stop all of the narratives about him being a bad teammate.

So much for the “Are we trading for Darron Lee” questions. He’s been dealt to the Chiefs for a 6th round pick.

Speaking of the Jets… What a mess that organization is. They’ve fired their GM and top player personnel guy and promoted Adam Gase to the interim GM. This is apparently as a result of a disagreement between Gase and the out-going GM about how much they should have paid for Le’Veon Bell. All I can do is laugh. 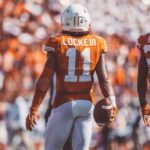