Happy New Year you to Steelers’ Fans! I wish I were starting 2019 off on a better note but our egotistical wide receiver has changed that.

Let’s be really clear here, Antonio Brown made the decision to put himself ahead of the team. There is no denying this so if you want to defend him then make sure you keep that in mind. This all started when JuJu Smith-Schuster was selected as the team’s MVP. What was interesting here is that the debate about this was not whether Brown should have received the award but why didn’t Ben Roethlisberger receive it. This all started prior the game in New Orleans. Brown allegedly skipped a meeting but still played and had a monster game for the Steelers.

Then came Wednesday. Roethlisberger asked Brown to run a play again. Brown refused. Maurkice Pouncey told him to stop being a baby (or something like that) and Brown gunned the ball in his direction before leaving the field. Brown would then go on to skip meetings and the team walk-thru the remainder of the week. When he arrived for the game Sunday I’m told that he expected to play. Several players were not happy about it and eventually the decision to sit him was made. Whether it was Kevin Colbert (I’m told it was) or Mike Tomlin doesn’t matter. Brown stood on the sidelines in his ‘Joe Namath-looking fur coat’ before leaving at halftime.

Tweet of the Day… How about a little positive news?

This situation will raise questions about Mike Tomlin. Why can’t he keep this stuff in-house? Why isn’t the locker room a tighter knit group of guys? Why didn’t Tomlin shut this down immediately? These are all fair questions and they certainly exemplify what a lot of fans have wondered about for several years. Has Tomlin’s message gone stale? Is it further proof that the team needs change?

Perhaps we should focus on the fact that Brown is just a ‘me first’ guy. He isn’t the first and he won’t be the last. I will never question Brown’s work ethic or commitment to his craft; it’s why he’s one of the greatest receivers to play the game. But at what point is enough, enough? I am not suggesting that the Steelers trade Brown or that they cut him. The salary cap ramifications would be brutal. He isn’t going to change though either. So what do you do?

Have a great 2019 Steeler Nation. It sure does need to get better! 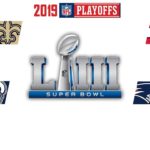 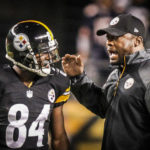 Take him behind the wood shed, and treat him like child he’s proving to be…

Must say your website looks quite ok. Good job.
However, if you want your website to be really successful, then make sure you use the best tools to optimize your online content.
Otherwise it won’t be on the top of Google search results and no-one will know about it. I’m sure you didn’t create this website to just be online, but to attract new people/customers.

Few months ago my friend convinced me to use tools from below article and I have to say it helped me soo much:
https://janzac.com/resources/

I hope it will help you as well.
Keep up the good work and you will eventually build a big online business.
//Lucy

Without being the proverbial “fly on the wall”, it’s tough to be fully accurate here. But, I’m willing to bet that if the Old Man was still alive, one or more guys would no longer be part of the Steelers no matter what part they now have. I saw him do it several times and he had better teams, and morale, back then. It’s a shame that part of his legacy is missing.