SCB Steelers Quick Hitters: The ‘A Handful of Plays’ Edition 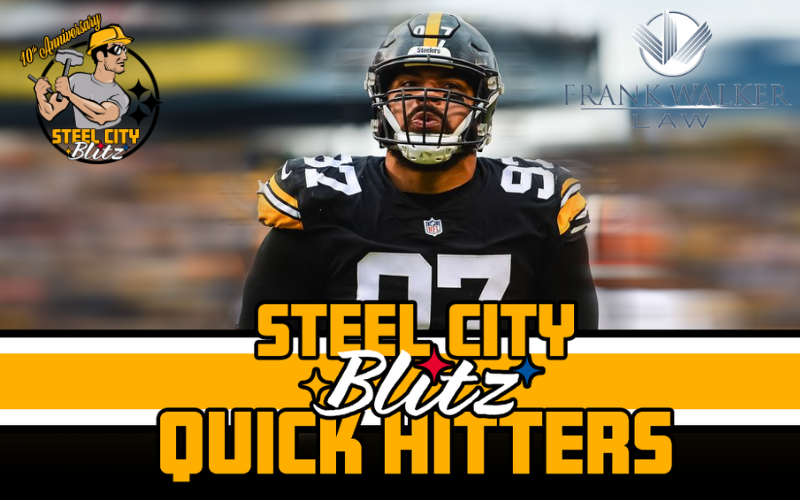 As is the case following a loss, fans want the quarterback benched, the coaching staff fired and most of the team in general fired into the sun. Some of those requests aren’t bad ideas but none of them are going to happen. Last night was the epitome of an NFL game which typically comes down to a small handful of plays on a regular basis. On at least four occasions the Pittsburgh Steelers had interceptions on their fingertips. They could not corral even one of them. On the other hand, the Miami Dolphins had three golden interception chances and made each one count. There’s your ballgame. Consider that the Dolphins added a field goal after two of those missed opportunities and there’s your difference. Instead of 16-10 it’s 10-10 and who knows? Maybe it goes our way. Woulda, coulda, shoulda…. The story of the 2022 Pittsburgh Steelers.

Matt Canada deserves a ton of blame for the struggles of the Steelers’ offense but there are other factors as well. Take for instance the third and one play deep in Miami territory where Miles Boykin went in motion and then got in behind the sneaking Kenny Pickett for the first down. Because the right side of the line didn’t get set it was an illegal shift. That’s not on Canada, that’s a lack of players executing the play.

Tweet of the day… This. Can you imagine what things would have been like on social media early in the career of Terry Bradshaw or Peyton Manning? Furthermore, people act like this team was going to the damn Super Bowl.

People being done with Kenny after one game is the reason why this fan base is hated so much. You all are SO quick to hate/bench a player. HE IS A ROOKIE FOR GOODNESS SAKE.

Dude is a rookie. Give me a break. Not saying it’s good or bad, but come on. Take 5 minutes and look up how many very good to great to HOF QBs struggled early in their careers. This knee “jerk” group of Steelers fans are beyond obnoxious.

At 2-5, the Steelers aren’t going anywhere. Chase Claypool, despite a nice game last week, continues to play small. If someone offers a third rounder I’d take it. I know that could stunt the development of Kenny Pickett but this team needs draft picks badly. Mitchell Trubisky? Mason Rudolph? One of our cornerbacks maybe? See what you can get.

Football is often a game that comes down to just pure effort. Can you beat the man you’re engaged with more than he beats you? I’m seeing more and more times where our tight ends and wide receivers are getting smoked and most of it has to do with just plain effort.  Go back and watch some of the wide running plays and you’ll see what I’m talking about.

When the Steelers drafted him, they could have just as easily told him “we will run your wheels off and then that’s it. No second contract from us.” While he looked more athletic at times last night he also continues to make perplexing decisions like leaping on a third and short when a lowered shoulder does the job. And why does he never seem to get to the sticks running routes on third downs? His vision is also hard to understand at times too.

Does Cam Heyward have poor games? Yep, he’s human and those do happen but man, it’s hard to find fault with the man’s hustle and effort. I wish things were better for him in terms of team success.

Steelers Rapid-Fire Thoughts as They Come Up Short in Miami