The Pittsburgh are 3-0 after defeating the Houston Texans yesterday 28-21. I typically use my Monday QH to give you my “good and bad” from the game. To get you started, here’s one right out of the gate. While the Black and Gold are 3-0 their three victories are over teams with a combined record of 0-9. Personally? I don’t care. The Steelers have yet to put together a complete game yet are winning and right now that’s what matters. Let’s get on to it!

-Major kudos to Keith Butler and his staff. After getting humbled by Deshaun Watson and company in the first half, the necessary adjustments were made. Butler’s unit held the Texans to just 51 yards in the entire second half. It appeared to me that Butler decided enough was enough and started bringing more pressure.

-Ray Ray McCloud has already provided a spark as a kick returner and yesterday he did a very nice job filling in for the injured Diontae Johnson as the punt returner. Really good signing by Kevin Colbert.

-Mike Hilton had another really nice game. He had 8 tackles, 1 TFL and an INT. He got beat on a touchdown but he stumbled on the play too. It happens.

-I still don’t think Ben Roethlisberger has caught his stride yet and here the Steelers are 3-0. I think most importantly is he isn’t making major mistakes with the ball. One turnover through three games.

-Super catch by Eric Ebron on the first half touchdown. That was a big play as it came on a third down.

-Chuks Okorafor faced off with J.J. Watt much of the day and more than held his own. Watt didn’t have a sack or a tackle for loss.

-The Steelers ran 76 plays to just 47 for Houston. Credit solid run blocking and execution and a respectable 8 for 18 on third down.

-Superb play by Devin Bush to knock a sure TD away from Brandon Fells.

-One of the biggest plays of the game came after a failed Mike Tomlin challenge. On fourth and inches Big Ben went deep to Chase Claypool who was interfered with. It eventually led to a field goal. Coming away with nothing there would have been crushing.

-Anthony McFarland is going to be hard to keep off the field. He showed why he was drafted with some really good burst and speed that we desperately need in the backfield at times.

Funny how things change over the course of three weeks. Remember when we were all ready (myself included) to bench Conner in favor of Benny Snell? Conner has proven me and others wrong the last two weeks.

The Steelers, Ravens, and Chiefs have all faced the Texans.

-You won’t want to read this but Steven Nelson is struggling. Through three weeks, teams have been able to find ways to isolate him. In other words, when he doesn’t have help he isn’t making the plays he did last season. It’s taken some good throws but he has to be better.

-I know this won’t matter because that’s the kind of competitor he is but please Ben, no more blocking!

-Why is Diontae Johnson fair-catching a punt at his own five yard line??

-Hard to tell on film but someone blew contain on David Johnson’s TD run. He should have never had that easy of a time getting to the end zone.

-I often rip Mike Tomlin for his challenges but he got screwed on Sunday. Ben Roehtlisberger clearly had the ball past the marker for what should have been a first down. Once again, I hate replay review and wish they’d get rid of it for exactly this reason.

-I love Vince Williams as much as any Steelers’ fan but teams are continuing to to find ways to get their WRs or or RBs locked up with him in the passing game. Eventually this will cost the Steelers if they can’t clean that up.

Pittsburgh will play at Tennessee in a battle of 3-0 teams. Derrick Henry will give the Steelers’ run game its’ stiffest test to date. The good news, as Minnesota showed yesterday, the Titans defense doesn’t seem to be as solid as it was last year. It’s still a formidable unit however. 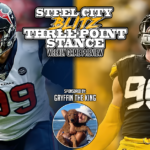 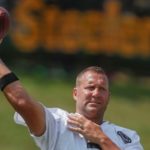