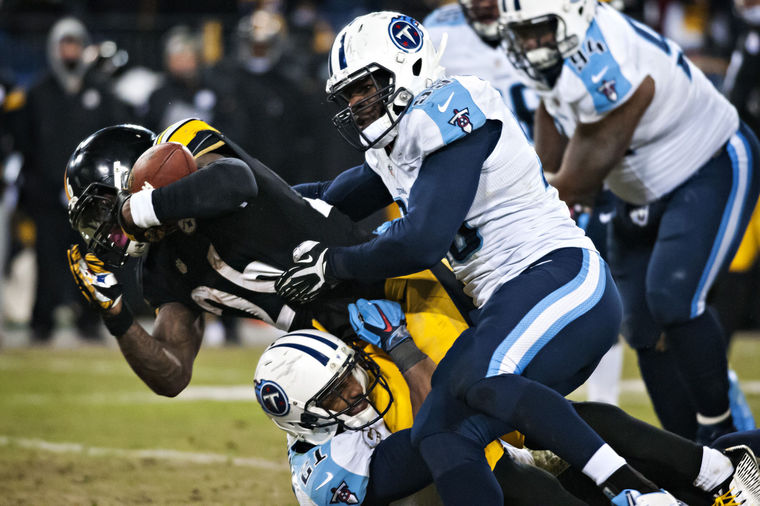 The Latest in Steelers News and Thoughts

-You know by now the Steelers released running back LeGarrette Blount and elevated running back Josh Harris from the practice squad. Frankly there couldn’t have been a better time for this considering the bye week but something like this is never good either way. Blount’s actions Monday night were not the worst thing possible but it sounds as if this had been brewing for some time.

-As if the Blount thing wasn’t bad enough the Steelers had to do damage control with Mike Mitchell who was responding to fans ripping him about his poor play. He even direct messaged one person and wished death upon them.

-Lost in the result of the game was the poor clock management again by Mike Tomlin at the end of the first half. The Steelers picked up three yards on second down leaving them with a third and seven at the Titans’ 17 yard line. There was :44 remaining and Tomlin called timeout. The Steelers had the Titans on their heels and should have had the no-huddle ready. The next play Roethlisberger threw the interception and a play later, with plenty of time left, Nate Washington scored on the 80-yard TD catch.

-I don’t blame Ben’s pick on Tomlin; it was a horrible throw and Ben knows it, but there was no reason for the timeout there. Sometimes you have to think ahead in situations and facing a 2-7 team with nothing to lose, Tomlin didn’t think about leaving the Titans with too much time and he did.

-Here’s my take on the above two free agent signings and Cam Thomas.

-The Steelers will practice today from 1045-1215pm Eastern today. They will then have the next four days off with the bye week coming up on Sunday.

-The Steelers swept the AFC South for the first time in divisional play going 4-0.

-The Steelers are 4-1 in their five primetime games this season.

-Pittsburgh has won four straight games on Monday night against the Tennessee/Houston franchise.

-QB Ben Roethlisberger is now 11-4 all-time on Monday Night Football. He also passed Terry Bradshaw for the most completions by a Steeler QB on MNF.

-Antonio Brown already has surpassed his season high in receiving touchdowns as he recorded his ninth on MNF.

-Heath Miller caught a pass in his 99th straight game.

-Le’Veon Bell’s 1,811 rushing yards are the most in Steelers’ history for a running back through the first two years of his career.

-If you missed Big Ben on the Rich Eisen Show yesterday, here’s a link. Notice his reaction about Blount being released. 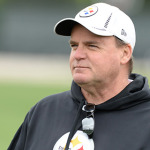 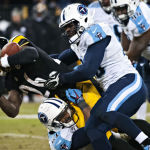 Should the Steelers Worry About Le’Veon Bell’s Workload?