After not attending OTAs, Le’Veon Bell is absent from the team’s mandatory mini-camp as well. There will no doubt be a lot of emotions tied to this and Mike Tomlin was in no mood yesterday to discuss who was “excused and who wasn’t” in his post-practice comments. Bell has a built-in excuse here because of the offseason groin surgery which takes the focus off of his current contract situation. Unless, he has been “excused,” which is doubtful, you’d think the Steelers would want him in the facility for a number of reasons. Bell is not missing anything of real substance to be honest but the fact he isn’t there just doesn’t look good on any level.

With all of the attention focused on Bell and Alejandro Villanueva, I’m getting the feeling that Stephon Tuitt’s contractual issues may end up being the most contentious. Tuitt hasn’t made any bones about the fact that he feels he’s close to being one of the best defensive linemen in the NFL. I wrote about this yesterday.

Very sad to hear that this is likely the last year for Steelers’ Wide Receivers’ Coach Richard Mann. He has been absolutely invaluable to this franchise. The development of the receiving corps during his time has been remarkable.

Tweet of the Day… Good advice from DWill who has personal experience.

Today is #CallYourDoctorDay so go schedule your annual well-women exams; they're critical in prevention & early detection of breast cancer!! pic.twitter.com/VsV4yZJacI

#Steelers LB Vince Williams says @_TJWatt "is the most ready rookie I've ever seen. Ever." Says mentally, Watt "is not lost ever."

The Steel City Blitz Podcast presented by 26shirts.com/Pittsburgh will air tonight at 10pm ET. We’ll be discussing the latest from mini-camp, the contract situations and much more.

I really don’t know who started the whole debate yesterday but it’s an example of how something so stupid can gain legs on social media. It was suggested that Pittsburgh is now more of a “Pens’ Town” than it is a “Steelers’ Town.” Why can’t we just celebrate championships without having to create these idiotic talking points? 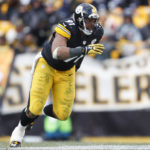 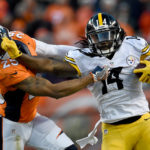