If you’re thinking “it’s about time” I couldn’t blame you. The offense finally clicked to the tune of 40 points in the big win over Tennessee. Ben Roethlisberger had his finest game of the year and Antonio Brown went nuts with three TD catches.

I would not put much into the fact that Le’Veon Bell didn’t have many carries last night. Todd Haley took a page out of past playbooks used against Dick LeBeau. He spread LeBeau’s defense and used quick-hitting passes to evade the pass rush and blitzes. It was a gameplan he started with, got away from throughout the remainder of the first half and then returned to in the second half.

The Steelers were “better” in the Red Zone going 3 for 7 but now we need to see this consistently across the board, game-by-game.

The highlight of any Steelers’ game is Ian’s TweetCap. Check it out!

Maybe it was primetime. Maybe it was the color rush uniforms. I don’t know what it was but Big Ben looked vastly different last night. His throws had significantly more zip and his overall accuracy was better too. While his completion percentage wasn’t superb, he did have several balls dropped. Either way, he looked much better last night.

I cannot say the same for the offensive line. There wasn’t one guy who didn’t have his dubious moments against a very good front seven for Tennessee. Alejandro Villanueva was beaten several times as were Ramon Foster and David DeCastro. These things happen, but they cannot happen with the consistency I saw last evening.

Rob Golden has been a really good reserve and special teams’ player for the Steelers during his time here. He is not a guy I would want to rely on for long periods of time however. He just gets beat too often in pass coverage.

What a find Mike Hilton has been. And that Coty Sensabaugh has been pretty solid too!

The “keep away” touchdown celebration that went for naught becuase Bell was ruled NOT to have gotten in the end zone was still outstanding. The Steelers continue to lead the NFL in TD celebrations.

So happy for Sean Davis getting a pick last night. As much as he drives me nuts with missed tackles, he hustles EVERY SINGLE PLAY and I love it and he’s a great fit for this D.

Not sure what other superlatives can be used for Stephon Tuitt and Cam Heyward. Their presence makes such a difference on the ability of the QB to step up in the pocket.

The Steelers got a HUGE break when Delanie Walker dropped a sure touchdown pass. They had to settle for a field goal.

Each team ran the ball last night 21 times. The Steelers ran for 65 yards while the Titans ran for 52.

Martavis Bryant looks like he is enjoying the game again. Saw lots of smiles from him and why not? He averaged 15 yards per catch last night.

Chris Boswell might be… If it weren’t for Antonio Brown, the MVP of this team so far.

I do not understand why people try to justify the presence or lack thereof of their “favorite” players. Mike Mitchell was inactive last night yet the defense cam away with four interceptions. Was he really missed THAT much? While I’d prefer him over Golden, fact of the matter is that Mitchell gets beat deep too.

Enjoy your Thanksgiving week Steeler Nation! You’ve earned it and so have the Steelers!! 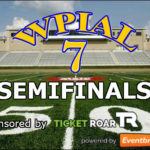 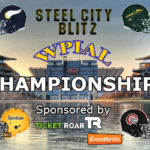 I feel better, Ben may have made the turn. He was getting it in the kiddie pool and even got it in the 5 gallon bucket a few times. Is it me or does our offenses plays lack creativity. There were a few times they ran four button hooks. Six more games to sharpen the pencil, we are looking pretty solid.

Haley’s biggest problem in my mind will always be that he wants to show he’s the smartest guy in the room. Case in point; they come out in no huddle and go right down the field. Then for the entire rest of the half he abandons it. Why? DO WHAT WORKS! I do give him credit for spreading the Titans out and using the short passing game in the second half though.