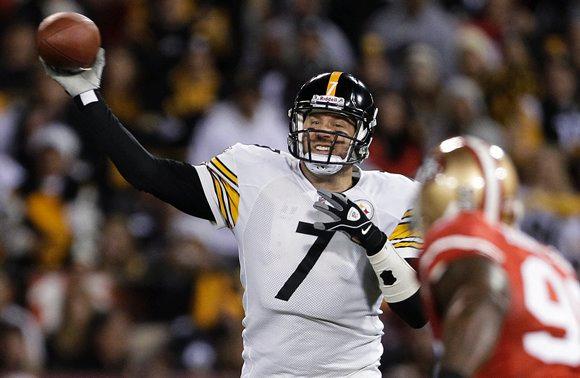 The Steelers are enjoying a players’ day off today.

Mike Tomlin will hold his weekly press conference at Noon ET today over at steelers.com.

I’ve written about this before so I’ll keep it brief. I don’t want to hear any more stuff about how great Steelers’ fans are when they can’t even fill their own stadium. There were approximately 10,000 empty seats on Sunday night and there was no excuse for that. It was cold, but clear and it was a pivotal game against the Colts. We’ve seen this problem happening more and more in recent years and while I understand the cost involved, these seats are already largely bought and paid for. If you want to see how people fill a stadium then watch Green Bay fans fill their stadium regardless of their record. It’s embarrassing quite frankly.

Look for a new article coming out soon entitled “SCB Steelers’ Staff Chat.” The team at SCB will all give their opinions on a topic each week. This week’s topic: How did Boykin play on Sunday night?

I thought Antonio Brown’s pole leap was hilarious. If he gets hurt doing something like this then the only person to blame will be Mike Tomlin who continues to allow this stuff. Bigger question? Why was Brown returning punts with the game in hand and with under five minutes to go?

The Steelers got by the Colts without Heath Miller but his presence will be needed in Cincinnati. He had over 100 receiving yards in the first contest and that’s important because the Bengals do a much better job of limiting deep throws. Heath’s presence underneath the coverage will be vital.

Tweet of the Day… Does Marshawn know about this jacket?

The Steelers’ red zone issues are creeping back in again. They are scoring TDs at a clip of under 50% over their last three games and field goals aren’t going to get it down.

Let me know if you’d like to submit something for our ‘Voice of the Fan’ category.

Can’t say enough about Jesse James. After such a horrible start in the preseason, he’s really come around to be a valuable backup tight end.

Ben Roethlisberger is 10-2 all-time in Cincinnati. 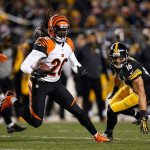 Ben Roethlisberger Needs to be Careful Going Deep vs. Cincinnati

It should also be noted that the Colts were 1-6 in the RZ Sunday night. The fan issue? I don’t know what to tell you. A generation of fans that aren’t as passionate in Pittsburgh perhaps?

Yes, the Steelers’ D was very good. Limiting any offense to 1/6 in the red zone is always a good formula for victory. I don’t have any answers for the fan issue either. 10,000 no-shows is huge though.