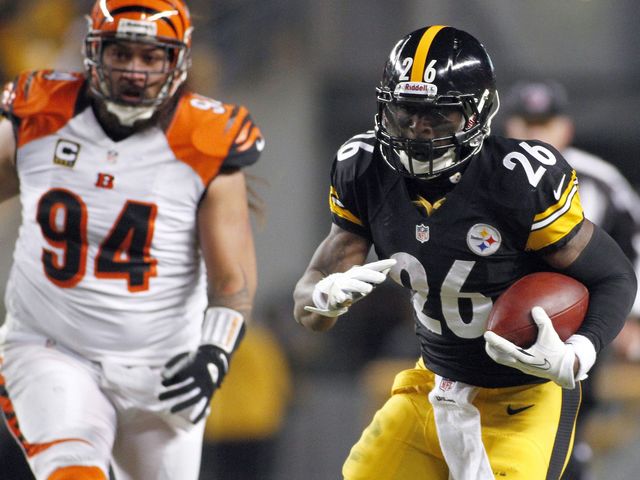 -The big news is of course that Ben Roethlisberger did not practice yesterday. A report on bleacherreport.com yesterday stated that Roethlisberger had a broken bone in his wrist but he told reporters before practice that was not the case.

-I’ve been doing this long enough to have made some friends who get pretty good and accurate information on the Steelers. One, who is very close to the situation confirmed to me last night that there is not anything broken. The quote was “Not sure where this is coming from. No break at all, he’s fine.”

-While I wish I could divulge the source, I’d never get any info in the future if I did so please understand my situation and take the knowledge for what it’s worth.

-As for the bleacher report article, I have great respect for several members of the BR community but it’s inaccurate reports like this that give them a bad name.

-All that said, I don’t believe his throwing hand is 100% but I think there is another problem as well. Roethlisberger has faced pretty consistent pressure directly up the middle in recent weeks. This runs parallel to my thought process about the center position. While Maurkice Pouncey is far more athletic than either Fernando Velasco or Cody Wallace, those men anchored a line that kept pressure away from Roethlisberger last season. This is something I plan to look into more soon.

-Pittsburgh leads the career series against Cincinnati 53-34 and they also hold a 24-19 edge in games played in the Queen City.

-Two more catches for Antonio Brown would give him 358 in his career and would move him past Louis Lipps for fourth-most in team history.

-There will be a lot of scoreboard watching this Sunday as all four teams in the AFC North play 1pm games.

-According to Mark Kaboly of the Trib-Review, the Bengals are wearing black jerseys and white pants. They are 27-25 in this combo. Now that you know that….

-It’s looking more and more like Bengals’ linebacker Vontaze Burfict will be out of the lineup on Sunday and that’s a good thing for the Steelers. Burfict is a tackling machine and gets off blocks well.

-The Steelers are 7-3 when they lead in time of possession. They are 0-2 when they trail in ToP. 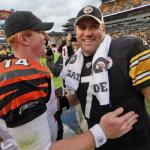 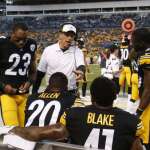