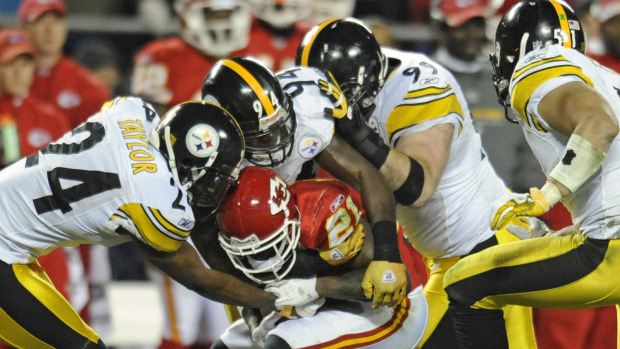 -Injury Report from Wednesday: William Gay, Steve McLendon ,Ben Roethlisberger and Heath Miller did not practice. None was due to injury. Marcus Gilbert and James Harrison were full participants. Mike Mitchell (groin) and Troy Polamalu (knee) did not practice.

-Kansas City gives up 4.9 yards per carry. That’s tied for the worst in the league with the Giants and Saints.

-Pittsburgh is -1 in turnover margin while the Chiefs are -6.

what is the officials name that tried to turn around the chiefs game.that was such an obvious fix call. i believe he was in on 2 fix calls. this guy is dirty no ? about it.