SCB Steelers’ Quick Hitters: The “This Bud’s for You” Edition

Whatever your political leanings are I want to remind you of something. This country has been through a revolution, a civil war, a great depression, countless natural disasters and a horrible terrorist attack to name just a few. A presidential election, regardless of who is elected, will not end us. Be happy or be disappointed but if you’re looking to move to Canada then just settle down.

The Steelers announced this morning that Bud Dupree would be practicing today. That means he moves from ‘Reserve/Injured’ to the ‘Reserve/Injured-Designated for Return.’ I can’t see Dupree playing this week simply because he isn’t going to be in any kind of football shape. I never say never but I just don’t see it. Furthermore, this means that any chances that Senquez Golson would see the field in 2016 are over. The former second round pick now has two full seasons of missed participation and only three practices during his time as a Steeler.

Here’s my “Grading the Steelers at the Halfway Point” article published earlier today.

Look for ‘Nail the Number’ for Week 10 to come out later today or early tomorrow.

If you’re going to be at the game Sunday look me up. I’ll be there as well. Would enjoy meeting you!

Tweet of the Day… Vince Williams has some advice.

This is a time of togetherness , a time for unity. A time to answer all Dms and txt back.

Want another reason why the Steelers’ offense isn’t clicking? They have used play-action pass less than only other team in the league. I don’t get that. Big Ben has always been a good play-action passer. That’s on Todd Haley.

As of this morning, Darrius Heyward-Bey is still on crutches. I don’t see him returning for a few weeks.

Maurkice Pouncey could practice today after having a surgical procedure on his snapping hand. My guess is we’ll know soon whether he’s going to play center Sunday or play at all.

Ben Roethlisberger will likely be ‘limited’ in practice this week but he will play on Sunday. Don’t sweat it. 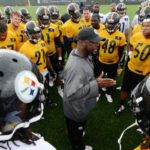 Grading the Steelers at the Halfway Point of 2016 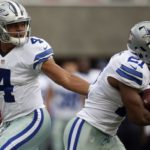 I hoping they pull it together,I’m coming up from FL today to watch the game. We got lucky on seats we are sitting right above the Steeler bench on the second level. Hoping it’s a great trip.