Happy Thursday Steeler Fans. Hope you are staying cool and dry wherever you are!

Let me first address the comments by Cincinnati Defensive Lineman Domata Peko who called the Steelers “pieces of bleep.” As I tweeted this morning, what’s it like to be owned by “pieces of bleep?” This is yet another attempt to make the Steelers and Bengals a true rivalry. Stop, just stop because in a rivalry, both teams need to win back and forth and that hasn’t happened. Stop trying to make it something it isn’t!

I gave you my two cents on the most recent Tom Brady news yesterday. Chances are slim he gets this to the Supreme Court but there’s always a chance.

We launched our “Training Camp Battle Reports” yesterday as well and first up; the quarterbacks.

Tim Tebow will be speaking at the Republican National Convention. It's like Cleveland is a magnet for bad football.

I appreciate the words of the four NBA players last night at the ESPY’s but what they must learn from the people they mentioned (Arthur Ashe, Jackie Robinson, Billie Jean King etc.) is that they must put those words to action.

Saw Jon Cena’s monologue this morning. I like the guy.

Some people think James Harrison is going over the top with his words and actions regarding the NFL wanting to speak to him about the Al-Jazeera report over PEDs. I don’t. Harrison is near the end of his career and has nothing to lose. Roger Goodell used him to advance the “player safety” agenda robbing Harrison of games and money so I say “Do what you will Deebo.” 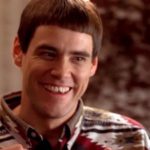 Can Brady Make One Final Escape? There’s a Chance