SCB Steelers’ Quick Hitters: The “They Said What” Edition

Steelers’ legend Mean Joe Greene recently said he “would have said goodbye” to Antonio Brown following his Facebook Live fiasco after the AFC Divisional Round Game in Kansas City. Greene has always described himself as “old school” and didn’t like what Brown did. I don’t believe Brown’s actions warranted him moving to another team but I also have no problem with Greene’s comments. Mean Joe is who he is and he believes you do things a certain way. Trust me, AB has frustrated me more than a few times too.

NFL Commissioner Roger Goodell recently sent a letter to NFL fans explaining his intention to speed the game up. The NFL Game can use tweaks in this area, no question, but the college game is really where things need to be moved along. That said, I’m frustrated with Goodell (no surprise there) because he seems to always be talking about improving the game everywhere except on the field; where it matters!

The NFL has also said they may eject players immediately for hits they deem “dangerous.” They followed that up by saying “ejections won’t happen very much if at all.” Do these morons ever proofread what they are going to say? Do they know how stupid they sound? All they are doing is adding more subjectivity to the game where right now, subjectivity reigns.

In case you missed it last night, Cnic, Ben and I held our weekly podcast and covered a variety of topics from free agent signings to the draft. Give it a listen. You won’t be disappointed.

Tweet of the Day… Former Steeler Baron Batch continuing to do good things.

@baron_batch visited the #SSAJuniorSchool to share stories about his artwork and being an artist. pic.twitter.com/oqr4hFmHkQ

Sometimes I forget that my sarcasm isn’t always accepted on social media. I tweeted the other day that I wondered if the Steelers had traveled to the Pitt Pro Day. This was obviously a silly thing to say since they use the same facilities. Some people didn’t get the joke though. Sorry.

I continue to be amazed by how much fans are banking on Senquez Golson. I want this kid to succeed as much as anyone but we have ZERO proof of what he can do at the NFL level. My expectations are tempered. 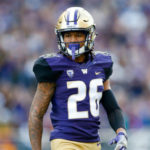