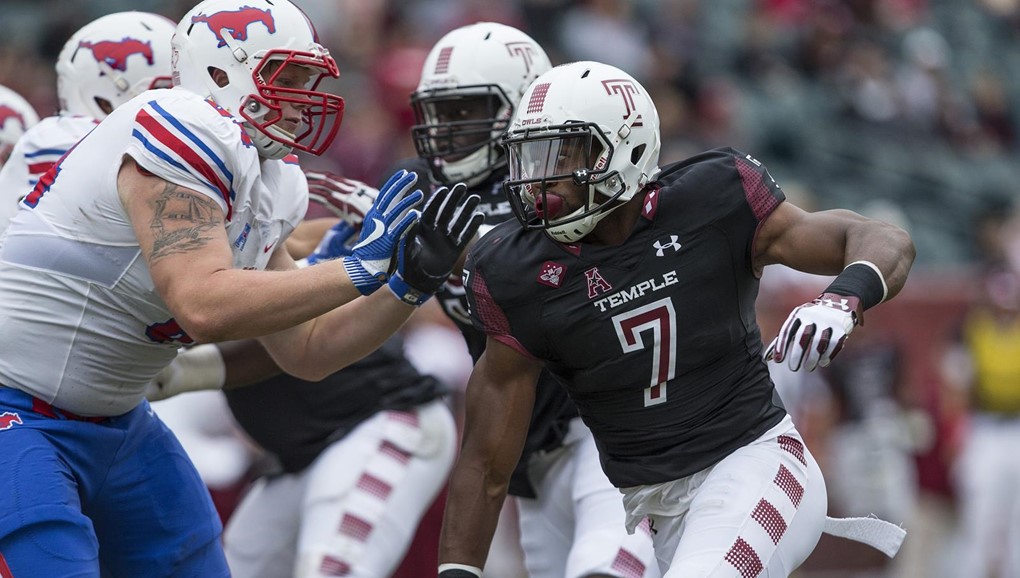 What’s to like: Very fast and athletic. Quick burst off the line of scrimmage. Short area quickness on inside stunts makes him hard for offensive lineman to time him. Has experience with in 3 point stance and standing up. Can cover zones or on-man. Decent hand usage. Very versatile, plays multiple positions. A good tackler in space, reads the play well. Above average football IQ. High ceiling guy who can be very good at the next level if he works on identifying and improving his position-related skills.

Concerns: Lack of size and length may push him to play ILB in Steelers defense. He’ll need to bulk up and develop pass rushing moves to play the EDGE, where some analysts have him. Lack of size gets him swallowed up and pushed around by offensive tackles. Relies on his speed and athleticism too much. According to NFL.com, Reddick played in fewer than 70% of team’s defensive snaps. Injury history from high school. Off-field incident in 2015.

Verdict: Love him as an inside linebacker, but I’m not sold on his skillset and measurements translating to the outside linebacker position in the NFL. Can play the ‘Jamie Collins’ role for a defense: rushing off the edge, covering tight ends or running backs, or playing inside linebacker on 3rd and long. He can be a very versatile chess piece for a defense, but I don’t see a complete EDGE player at the next level.

Grade at EDGE: Round 2
Grade at ILB: Late 1st