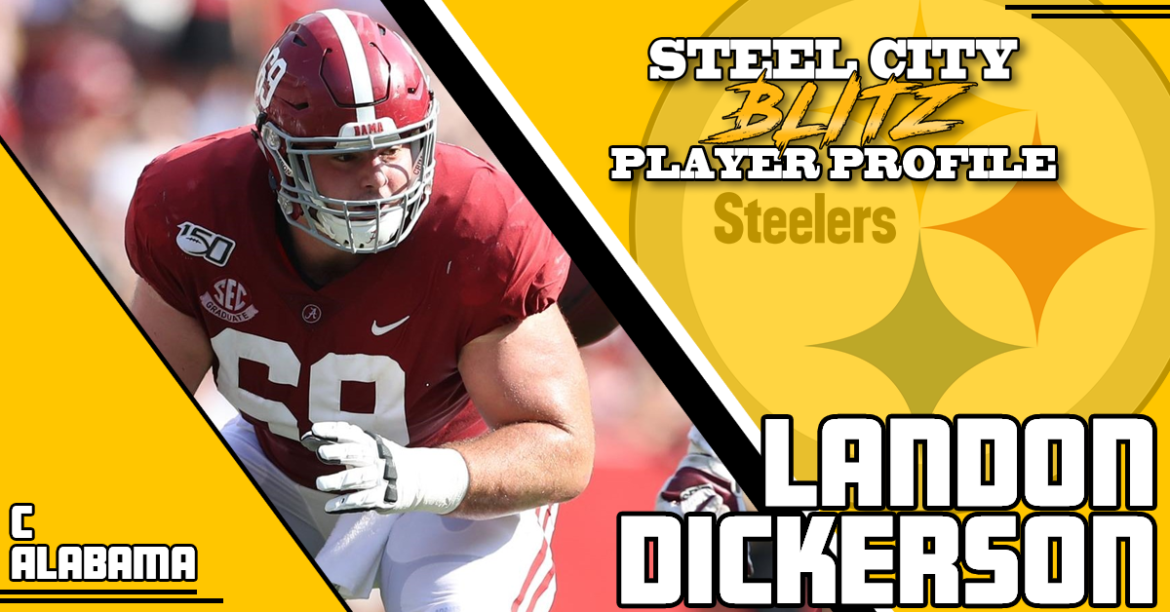 Following the official retirement announcement of Maurkice Pouncey, the Steelers are once more in need of another IOL position filled. Perhaps that answer may lie in the 2021 draft, where the class of offensive linemen is particularly stacked. Let’s take a look at one such prospect; Alabama Center Landon Dickerson.

The South Caldwell HS four star recruit originally started his college career at right tackle for the Florida State Seminoles back in 2016, but following two shortened seasons due to injuries, transferred to Alabama where he earned the starting right guard position going into his first season with the Crimson Tide. 4 games into the 2019 season he was moved to center, earning second team All-SEC honors.

During his redshirt senior season, Dickerson played 11 games before ligament damage in his right knee all but ended his 2020 season (he did dress for the 2021 National Championship game against Ohio State and entered for the final snap). Despite this injury, he earned first team All-SEC honors, the Jacobs Blocking Trophy alongside teammate Alex Leatherwood, and was awarded the Rimington Trophy as the nation’s best center. Considering Dickerson has only completed one full season, his honors are both impressive and speak volumes as to his skill despite limited participation. However, the reasoning for those limited games mustn’t be downplayed when discussing Dickerson’s draft potential: an ACL tear, an ankle injury that required surgery and his most recent injury being listed as ligament damage in his right knee is a lot for any college athlete to deal with, but perhaps deals a heavier blow to the career of those vying for the position of lineman in the NFL.

The first word that comes to mind watching Landon Dickerson college tape is versatility. Having played at every position, he is well versed in the requirements of an offensive lineman, deftly highlighted by his acute awareness on the field and ability to land his target defender on his backside and then lend a helping hand elsewhere. This capability at reading the field is also evident in his run blocking, as the Bama center clears solid lanes for Najee Harris with good understanding of direction and angles. I would say run blocking is his biggest strength over pass blocking, where he can look somewhat lost in quick pressure situations such as the A-Gap blitz.

At 6’6, 326lbs, Dickerson’s most natural strength is his sheer size. One quick shove often has his assignments grounded, and with well-anchored feet he is an immovable object. He has great hand positioning and provided he keeps his knees well bent he is able to stick to his guy.

Before addressing the obvious injury concerns I want to touch on a couple of things I noticed that might be worth highlighting when deciphering where he may land in the draft. As I mentioned, Dickerson has strong feet, but if a linebacker does manage to break this initial anchor, he struggles to regain, looking lost at the end of the drive and giving at least the appearance that he doesn’t sustain effort throughout the whole play. He plays high, often making contact at pad level, and as the saying goes when it comes to OL “low man wins” meaning that DLs are able to unseat him and reach the quarterback.

His lack of athleticism is something of a cause for concern, too. He’s slow and not able to track his running back with much consistency, and this may also be the culprit for his lack of follow-through on plays where he is side-stepped or if additional blocks are required in the red zone.

In the world of offensive linemen, durability is key, and Dickerson has suffered season ending injuries multiple times. Now, when he is playing he is earning huge praise (the Rimington Trophy) so it’s clear that a healthy Landon Dickerson is a huge asset to his team. But at the NFL level his injury rap sheet leaves something to be desired. It’s unclear if he will be able to sustain through a now 17 week regular season against the toughest competitors in this sport.

In my opinion if Landon Dickerson had more than one injury free season under his college belt, teams would be talking about him as much as they are his teammate Alex Leatherwood. His size, versatility, fast and largely accurate snaps, strength, leadership mentality and dedication to play (dressing for the championship game) are all excellent qualities of an NFL center. His weaknesses largely derive from a lack of consistent playtime and can probably be addressed with good coaching and a power-based scheme. However, with no “combine” and an injury as recent as his last ligament issue, it means that it’s somewhat of a gamble to take Dickerson over other IOL prospects who may still be on the board in later rounds, particularly in this draft. 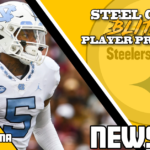 Add Some Enjoyment to Championship Week With...