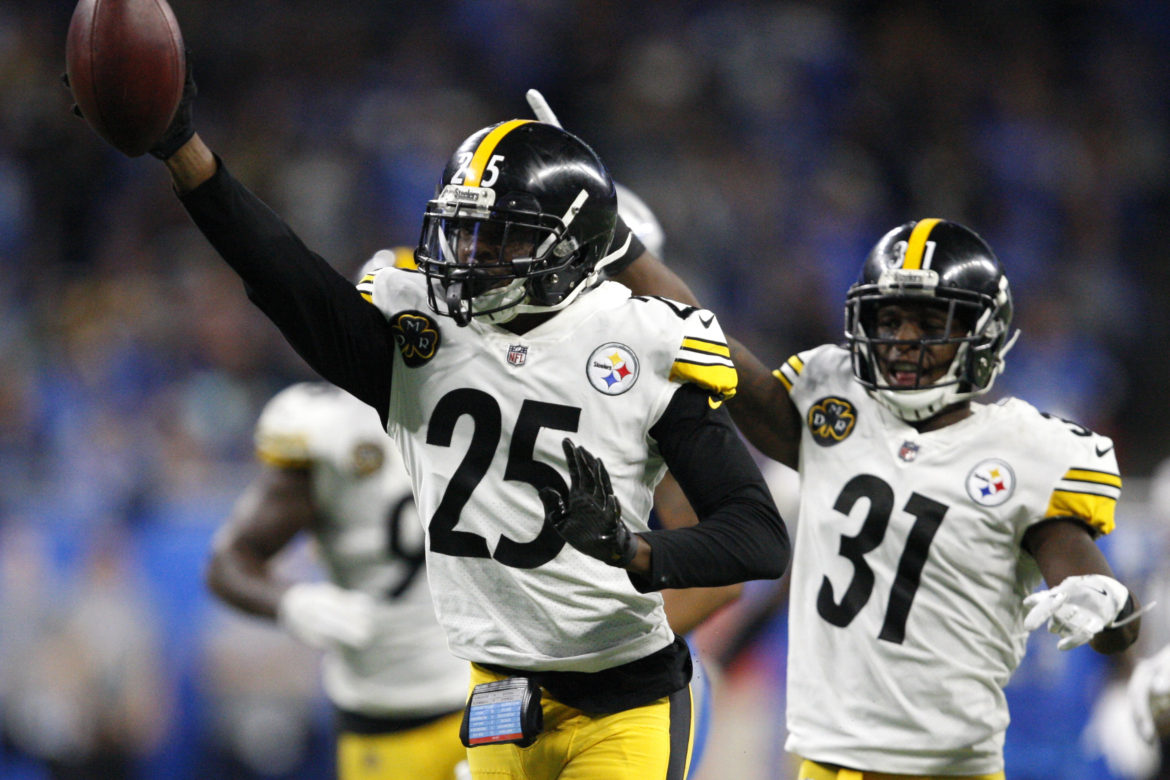 The Steelers will hit Latrobe for Training Camp in less than one week as they begin their quest for a seventh Lombardi Trophy. The summer has come and gone (thankfully) with minimal excitement on the Steelers front. A truism of the NFL is that no good news can happen between the end of the Draft and the start of Training Camp. Over that time, most NFL news revolves around players getting suspended or injured. As we prepare for the formal beginning of the Steelers 2018 campaign, we’ll be taking a position-by-position look at the roster. Today we continue with the Cornerbacks, where the biggest change will be in the locker room as former UCLA position coach Tom Bradley will replace Carnell Lake this season. Lake was the Defensive Backs coach from 2011-2017 and has stepped down to be with his son for his last year of football. If you ask me, he was forced out of the position. Newcomer Bradley spent 32 years at Penn State in numerous positions (15 years total as a defensive back/cornerbacks coach), and from 2015-2017 was the defensive coordinator at UCLA.

The Steelers traditionally keep five cornerbacks on their 53-man roster. Haden, Burns, Hilton and Sutton are sure locks with Allen being a player who we should assume makes the team. Haden was very good in 2017, but suffered a broken fibula in week 10 against the Indianapolis Colts. He looks to have a healthy and productive 2018 season after recording only one interception last season. Burns is a player whom I am personally tough on. His coverage skills are above average in man coverage and seem to drop off in zone coverage. He has a lot of work to do in run support. Burns will look to take a big step in becoming the Steelers number one, lock-down cornerback as the Steelers will need to decide next offseason if they want to exercise Burns’ fifth year option or not. When Haden went down, Sensabaugh took over for him but lost his starting job three weeks later to Cameron Sutton in the 2nd half of the Steelers’ week 13 match-up against the Cincinnati Bengals. The Steelers can save $1.4M by cutting Sensabaugh, and I predict that Sensabaugh doesn’t make this team come August. Sutton, who took over for Sensabaugh after some mighty struggles, played fairly well for a rookie who didn’t get much first-team reps all offseason. Sutton’s value lies in his ability to play both the slot and the outside cornerback spot. He is the first-man-up if an injury were to occur to any starting cornerback. Allen is a lengthy corner who played decently well in the 2017 preseason.The Utah product didn’t play much in college and got through his first season with the Steelers. Allen is raw, but with the playbook down and an entire season under his belt, will look to take a step forward in 2018.  Hilton came into camp an unknown and overlooked player. After a fantastic training camp, he pushed and pushed for more playing time from the slot. Eventually, Hilton cemented himself as the starting nickel cornerback, making splash plays from coverage and blitzing. He is an excellent example on why training camp is so crucial to overlooked, unknown players. Making a name for yourself can lead to a lengthy and productive career.  The Steelers traded for Phillips on August 23rd of last year and was waived shortly after due to cuts. He was signed to the practice squad after clearing waivers. We don’t know much about Phillips yet, but he will look to make a name for himself this year in hopes to hinge onto a spot on this team.

The Steelers signed two undrafted free agent cornerbacks in 2018 to bolster some of the depth at the position. Johnson was a name that floated around the Draft community as  a guy who should have been drafted. Johnson is an undersized guy at 5’11”, 170lbs. It’s tough to be in the NFL at 170lbs, but should have used the offseason to put on some weight. From the film I’ve watched and information I’ve gathered, he is solid in coverage and possesses 4.3 speed. He will try to push for the last cornerback spot, if not, I can definitely see him landing on the practice squad. Summers is an interesting player who I just recently read up on. He has size at 6′, 190lbs and played with versatility at UConn, playing both free safety and cornerback. Summers snatched 8 INT’s in his sophomore year, 12 in his career. He will be battling Johnson, Phillips, Allen and Sensabaugh for the last cornerback spot. If not, practice squad may be his calling.

The Steelers have a decent cornerback group, but other than Mike Hilton, there are no players who provide splash plays. Only 5 of the team’s 16 interceptions were made by cornerbacks, 4 of the 5 from starters. Haden, Burns and Hilton are the team’s starters with Sutton being the first backup. It will be Allen, Phillips, Sensabaugh, Johnson and Summers all battling for the last spot, or a spot on the practice squad. I predict the Steelers will keep the starting three, Sutton and Brian Allen. I think both or at least one of Johnson and Summers gets signed to the practice squad, while Sensabaugh and Phillips are ultimately cut.

SCB Steelers’ Quick Hitters: The “Under a Week to Go” Edition