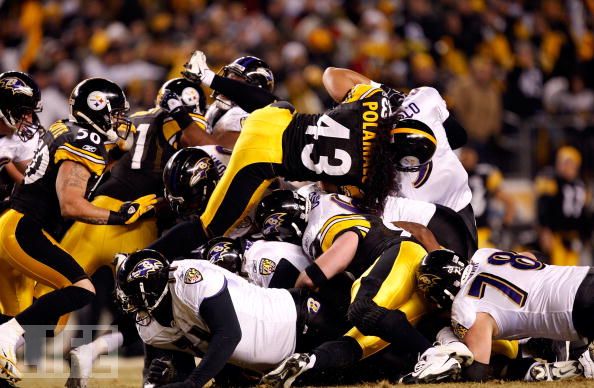 On Wednesday evening I published an article about the Steelers’ Troy Polamalu having issues with how things have gone in recent years under Mike Tomlin.

Not surprisingly, some fans were in disbelief, some had no problem understanding things could be that way and of course there were those who dismissed the article because “I’m just a blogger.”

What many are missing is the bigger story here. Troy Polamalu is the main focus only because he and the Steelers are about to part ways.

If Polamalu was struggling with the attitudes of younger players and how Tomlin was, or wasn’t dealing with them, then isn’t it common sense to assume other veterans were unhappy as well?

At issue was the conduct of some players following games. When veterans like James Farrior and Aaron Smith were in the locker room, blasting loud music following victories wasn’t the norm.

When the game was over, win or lose, you came into the locker room and you fulfilled your duties by speaking with the press. You didn’t make excuses about not being available and you didn’t focus elsewhere. You recognized that speaking to the press was part of being a Steeler.

Like any younger vet coming up through the ranks, Polamalu saw this.

He recognized that you act a specific way win or lose and this environment in the locker room was deteriorating as Polamalu got older and younger guys came in. You would think with vets like Brett Keisel, James Harrison and Ben Roethlisberger that someone would put a stop to the non-professional behavior.

Somewhere however there was an obvious disconnect and things weren’t the same.  Mark Kaboly of the Tribune-Review referenced a time this past season when Polamalu disgustedly got up from an interview.

In an appearance on Mark Madden’s radio show, he said Polamalu rose from his seat in front of his locker, went to a radio and turned it off saying he couldn’t hear the questions.

Just today, the best writer in Pittsburgh sports Dejan Kovacevic said, Polamalu had other issues, as well. He wasn’t wild about the attitudes of some of the Steelers’ younger players. He felt they lacked the necessary respect for the franchise that he and others worked hard to instill. When I’d bring up with him so-and-so young guy, he’d invariably start talking about Alan Faneca or someone in that mold. (Though I feel compelled to add that he loves Antwon Blake.) There also were times it was clear that he was equally less than enthused over Mike Tomlin’s handling of same. Polamalu clearly felt Tomlin wasn’t doing enough on his own to protect that brand. That’s why he formed a much, much stronger kinship with Dick LeBeau as time wore on.

In some ways, it sounds as if Polamalu had become the grumpy old man telling kids to get off of his lawn. But like I said, you need to look deeper. It’s evident that Polamalu and other vets saw the team’s struggles in recent seasons as directly linked to players who just didn’t understand what being a Steeler meant.

An 11-5 record and a division title make things sound as if they weren’t as bad as the picture I’m hearing about. Go back and look at the pattern of the 2014 season though.

The loss to Cleveland came after a sloppy win in Jacksonville…

The loss to the Jets came after three-straight wins at home.

Those things reek of inconsistency and you build consistency by doing things the right way.

If you look at the veterans on this roster in recent years, they are not ‘rah-rah’ guys. They are men who lead by example and who demonstrate the proper way to do things when being a professional football player and more importantly a Steeler.

Mike Tomlin, it would appear, did little to help the veterans out. If you think fans tire of the cliches and of the “obviously” comments then can you imagine what the players must think?

I’ve always thought of Tomlin as a good coach and a good man and I still think that’s the case but something isn’t right. When one of your most visible and high-profile players is not thrilled with the direction of the team, shouldn’t we assume he isn’t alone? 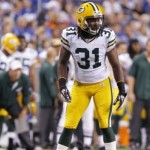 2 Free Agent Cornerbacks that could be on Steelers’ radar 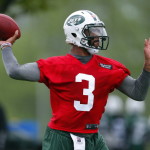 I agree with your article. I believe this always becomes a problem. It seems Alot of the younger players while most are excellent at what position they play,fail to realize that the team needs to remain humble and focused, Remember no team is as good as its last game and celebration is for December persay not every little TD. Leave the music on the dance floor.

Not trying t)o be “that guy” who jumps in and calls out a mistake, but we (The Steelers) didn’t lose to Gino Smith. Mike Vick was the Jets QB that day. I am human and make mistakes all the time! All that being said Tomlin has a gross record of losing to sub part teams. Simply put we beat Tampa & Jets we are 13 & 3 and most likely home field throughout playoffs! Look back at those two consecutive 8 & 8 seasons…look at the teams we lost to those two years??!! Those terrible losses cost the Steelers two consecutive playoff appearences!!

Just a reminder…we were are home for the first playoff game and lost. Having subsequent games at home was moot.

Ya see I even made a mistake in my comment..I should have checked my work before I posted… 🙂

I like the Article and feel Troy P did have an issue with the different culture in the locker room. Then again he is the old man of the group. However, He probably shouldn’t bring up Alan Faneca who caused an issue with the Offensive line when Russ Grim didn’t get the Head Coaching job. That act in itself was the start of things becoming unprofessional.
I am a huge Troy P fan and I had his Phathead on my Steelers Room wall. This Day was a long time coming and it hurts but it’s time to go just like beloved Coach LeBeau. It’s a New era in Pittsburgh.

Excellent insight Rob. It absolutely sucks when our favorites have to move on. I still remember when Bradshaw retired! I think Troy hurts a little knowing it’s over and I think he is also frustrated with how things have gone. Great point about Faneca as well.