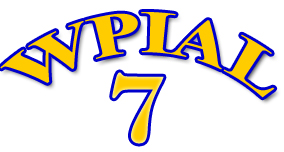 On Friday, the PIAA released their updated classifications for the 2018-2019 alignment cycle. This was part of the biannual realignment that takes place statewide in every high school sport. The PIAA, the state’s governing body for high school athletics, collects enrollment reports from every school detailing the number of 9th-11th grade boys and girls along with which sports they intend to participate. For football, the number of 9th-11th grade boys currently enrolled in a school serves as that school’s “enrollment number” for this two-year cycle. The PIAA then lists out all the schools in the state based on their enrollment numbers. The 1/6th biggest schools statewide become the 6A schools, the next 1/6th largest become 5A, and so on to populate the 6 classifications with an approximately equal number of schools. Schools are allowed to “play up” in a higher classification than where they are assigned but are not allowed to “play down” in a lower classification. School Boards have until December 6th to notify the PIAA if they intend to “play up” for the next cycle.

Since the numbers are determined statewide, there is not an equal number of schools in each classification in each of the 12 districts. For example, District 10 (which covers northwestern Pennsylvania) only has 2 teams in 6A. There were 571 football-playing schools in Pennsylvania in the last cycle. Since the lines between classifications are drawn at approximately 1/6th of the total number of schools, there are approximately 95 schools in each classification, which means the “lines” move from cycle to cycle. The movement of these lines created some significant changes in the WPIAL for the 2018-19 alignment.

In 6A, which is dominated by schools in the eastern half of the state in Philadelphia and its suburbs, four WPIAL teams dropped out of the largest classification. Bethel Park barely missed the cutoff by just 3 students, with Peters Twp, Penn Hills and Shaler also dropping down to 5A. Additionally, Altoona was recently approved by District 6 to join as an associate member in four sports including football. The Mountain Lions will be leaving the WPIAL in 2018, which means unless a school opts to play up, there will be only 9 WPIAL teams in 6A next season.

Class 5A saw some of the biggest changes and the WPIAL will have an interesting decision to make for how they are going to structure the postseason after the flak they received over the last two years for the 3A playoff structure. Based purely on enrollment numbers, 5A will go from having 18 teams in the 2016-17 cycle to having 23 teams. In addition to Bethel Park, Peters Twp, Penn Hills and Shaler dropping down from 6A, Mars and Albert Gallatin moved up from 4A. This is partially due to the “line” shifting from 398 to 385. Four schools (West Allegheny, Chartiers Valley, Mars, and Albert Gallatin) fell into the zone between the old line of 398 and the new line of 385. Albert Gallatin, who has been slowly battling forward after going nearly 4 seasons without a victory, was just 2 students above the cut line for 5A. It will be interesting to see if any of the 5A schools opt to play up in 6A as it may give them a better opportunity to make the playoffs if the WPIAL insists on keeping 5A at just 8 playoff teams like they did for 3A the last two years.

One of the most marquee movements is McKeesport dropping from 5A to 4A. The Tigers reached the WPIAL finals and semifinals in the last two seasons in 5A, but their enrollment figure puts them right in the middle of the pack in 4A. While Albert Gallatin was just above the line to move up, Trinity fell just below the line. Their enrollment number of 384 was the maximum possible to remain in 4A. If there are no teams that opt to play up, 4A will net 1 fewer team in 2018-19 due to Mars and Albert Gallatin moving up and Uniontown dropping down. Uniontown’s enrollment number of 272 was the maximum possible for a 3A school. The Class gains two schools with McKeesport dropping down and Beaver coming in above the line at 277 to move up. The line for 4A decreased by 10 students. If it had remained the same as last cycle both Beaver and Highlands would be in 3A.

Class 3A had the most controversial playoff structure the last two years as only 8 of the 23 teams qualified, but also saw the biggest change in this alignment cycle. The line only moved by 2 (from 201 to 199), but 8 schools fell below the new mark. It should be noted that 3 of those schools (Aliquippa, Seton La Salle, and Apollo-Ridge) were below the line in the last alignment cycle and opted to play up in 3A. Apollo-Ridge opted to play up the last two years because there were no 2A schools within 20 miles of their campus but there were five 3A schools in that radius. It will be interesting to see if they make a similar decision this time around (for travel purposes) given that two schools from their conference (Valley and Shady Side Academy) dropped down to 2A this cycle. The only new additions to 3A are Uniontown and Cardinal Wuerl North Catholic, putting 3A currently at 16 schools. It is likely that Aliquippa will play up again this cycle, but it is hard to determine which classification they will request to play in. The Quips are a 1A-sized school (they played up 2 levels last time) but have dominated 3A competition with back-to-back trips to Heinz Field. Will the Quips continue to play in 3A? Will they try to test themselves against even stronger competition in 4A? Will they drop down to 2A? That is up to the School Board to decide and remains somewhat of an unknown.

The other 5 schools that are leaving 3A are Southmoreland, Valley, McGuffey, Ellwood City, and Shady Side Academy. Southmoreland and Ellwood City struggled tremendously in 3A, while McGuffey and Shady Side Academy nearly reached the playoffs in 2017 and Valley came close in 2016. It is hard to say if any of those three schools will stay in 2A or opt to play up in 3A. 2A is currently the largest WPIAL Classification with 30 teams. In addition to the 7 teams from 3A that landed within the 2A classification, there was some shifting at the bottom with 5 2A schools dropping down to 1A and 5 more schools moving up from 1A to 2A.  The line separating 2A and 1A schools fell by 9 students this time around, dropping from 141 to 132. Carmichaels was the most unlucky of the group, coming in at exactly 132 students, the bare minimum for a 2A school. Other schools joining 2A are Fort Cherry, Western Beaver, Summit Academy, and Shenango.

1A is relatively stable, with 5 teams moving up to 2A and 4 or 5 more teams moving down to 1A. Vincentian played in 2A in 2016 but was not able to field a team in 2017. They submitted enrollment numbers to be classified to play football in 2018-19 and were classified as a 1A school, but it remains to be seen whether they will have enough participation in the team to actually put one on the field. 1A is currently listed as having 26 teams, including Vincentian and Aliquippa (who as previously discussed, will likely play up). New additions to 1A this cycle are Laurel, Bentworth, Serra Catholic, and Chartiers-Houston. Interestingly, two of the four smallest schools in 1A (Clairton and Imani Christian) reached the semifinals this year.

Here is a breakdown of where each of the 121 teams in the WPIAL fall in the new classification alignments.

It is worth noting that the WPIAL has stated in the past they prefer to have an even number of teams competing in each sport so that they do not have to have one team with an open date or schedule a game each week against a team from another district. There are a few options in play here. The first is if Vincentian is not able to field a football team, then the WPIAL will have 120 teams. If Vincentian fields a team, the WPIAL may look to add a team from another district. In the past, Farrell High School (a Class 1A District 10 school located in southwestern Mercer County) was a member of the WPIAL and petitioned to re-join the WPIAL in 2016 but was denied. Additionally, Westinghouse from the Pittsburgh City League (District 8) has explored joining the WPIAL in the past.  The Pittsburgh City League only has 7 schools that compete in football, so at some point a merger with the WPIAL would logistically make sense, though it is unlikely a full merger would occur as soon as 2018.

We will have more coverage and analysis of the WPIAL’s realignment process as it moves forward. For now, here is an interactive map showing the schools in each classification. 1A schools are shown in red, 2A in yellow, 3A in orange, 4A in blue, 5A in green, and 6A in brown. Teams that are new to a classification (by moving up or down) are denoted by a lighter shade of their respective color. You can toggle classes on and off by clicking on the box in the upper left corner and selecting/unselecting different classifications. 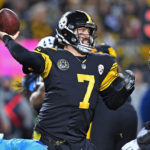 How The Steelers “LeBeaued” the Great Dick LeBeau 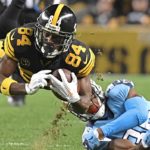 “Interestingly, two of the four smallest schools in 1A (Clairton and Imani Christian) reached the semi finals this year”.

Well one of those schools is a private school which means they can take students from anywhere and recruit.
So BIG DEAL.
I could start a school with 22 students which would be by far the smallest in the state, but let me hand pick my 22 students (players) and I’d win the state championship every year!

[…] numbers to the PIAA (the state-wide governing body). A few weeks ago, the PIAA released the enrollment numbers for the 2018-2019 cycle, which saw the shuffling between classifications of a number of WPIAL […]