Mitchell Will Add Depth, Value for the Steelers 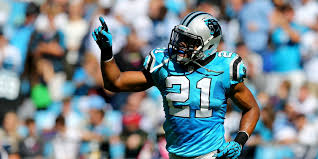 The addition of former Raiders and Panthers’ safety Mike Mitchell is welcome news for many in the Steeler Nation. His five-year $25 million deal comes with just $5 million guaranteed so should things not work out his release would not be a killer for the Steelers.

While the value is excellent, so is the youth, enthusiasm and speed at the free safety position. As much as Ryan Clark has irritated me over the years he was a very good signing who helped the Steelers to two Super Bowls.

Clark was clearly not himself last season as he missed numerous tackles and was beaten in coverage more often than any time in recent memory.

Much like Clark who had played with the Giants and Redskins before coming to Pittsburgh, Mitchell played in two cities as well and the comparisons don’t stop there.

Mitchell is a big hitter who isn’t afraid to stick his head into just about anyone. His speed is better than Clark’s but Mitchell also has a penchant for missing tackles which must be improved immediately.

Mitchell’s signing provides much needed depth meaning Will Allen and Shamarko Thomas will be used situationally at the safety position. I also anticipate seeing Thomas move over to strong safety behind Troy Polamalu.

Ultimately he will be in line to take over when Polamalu leaves. His skill set seems to be more suited to the line of scrimmage anyway so SS should be a better fit.

I don’t know that Mitchell be going to numerous Pro Bowls but I do see him as a good coverage guy who will compliment the rest of the defense well. Hopefully he remains a Steeler for the next several years.