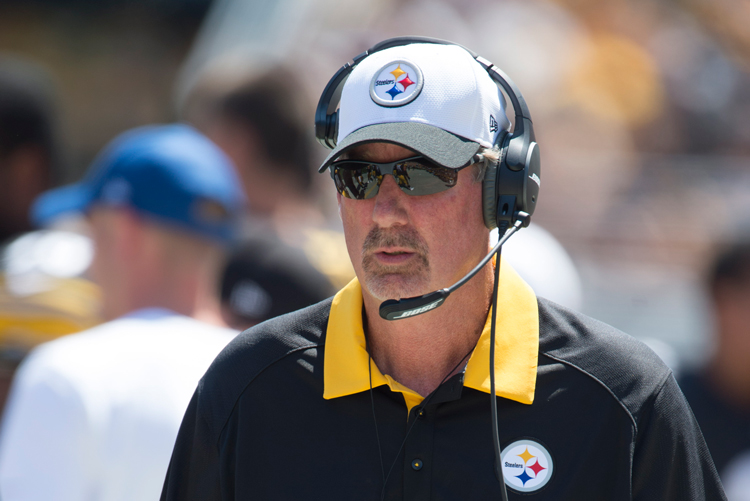 “There were some issues communicating.”

“We didn’t get guys where they needed to be.”

Do those sound familiar? They should because they’ve been uttered by Pittsburgh Steelers’ players and coaches for the last few years and frankly we should all be sick of it if we aren’t already. At what point is enough, enough? How much longer is the ownership going to tolerate this form of insanity from Mike Tomlin and Keith Butler? The entire thing has become a running joke now among television analysts and talking heads. Look no further than this.

#Steelers linebackers/secondary consistently has communication errors/coverage busts on what should be the simplest formations and coverage concepts. Players look lost. It’s baffling.

Last week, Mark Kaboly of The Athletic ran a story about the complex nature of the Steelers’ Defense. He also noted that going back to Dick LeBeau who once said “I’m not going to apologize for it being a difficult defense to learn,” that the Steelers have always had a fairly complex system. Maybe I’m wrong here but hear me out. If the system you are using is not being properly implemented and understood by the players then don’t you have to look at the system? Don’t you have to start questioning whether it’s the players or the way you are teaching the defense? And wouldn’t you, at some point, recognize that maybe what we are doing needs to be changed?

This is an ongoing problem for the Steelers’ organization who continues to be the textbook definition of ‘insanity’ especially on this side of the ball. There is a complete breakdown in communication between the coaches and the players. This leads to the miscommunication on the field which leads to the fatal blunders that both Tom Brady and Russell Wilson have exposed. Perhaps this is wrong but… Why aren’t you changing what clearly isn’t working!?!?

I figured out quickly as a father that my kids learn differently. One could learn things simply from watching me do it and the other needed to be able to do it for himself before mastering it. This is not a difficult concept is it? When people aren’t able to learn what they’ve been taught you analyze one of two things. Either you aren’t teaching it correctly or they have inability to learn it and implement it.

There are too many cases of ‘miscommunication’ for it to be any other reason.

Get rid of Butler, hes never had a good defense. Dam get Dick back, he was the best. WISEUP