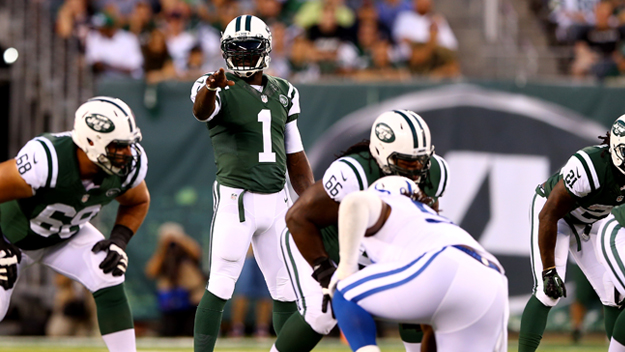 On Saturday, the world got a taste of things to come should Le’veon Bell and/or Ben Roethlisberger go down. God forbid any of that happens, but knowing the Steelers have capable backups is reassuring.

We all know by now that Le’veon Bell is going to be suspended for the first 2 games of the season. That’s a hell of a lot better than having him out for 4 games, obviously.

Still, the Steelers’ running game is going to have to be on point if they plan on winning against the Patriots in the season opener and the 49ers right after.

DeAngelo Williams looks to lessen the drop off in production in the wake of Bell’s suspension. He certainly can handle the workload, having done that his entire career with the Carolina Panthers.

Williams only had 3 carries for 15 yards vs. the Packers. However, his 1 touchdown run was pretty impressive. After initially slipping near the goal line, he managed to not to get touched while down and practically walked into the end zone.

Those are the types of plays the team needs from him, ones that allow him to immediately contribute right off the bench. Whether they run the ball, pass it, or simply need an extra blocker, you can bet Williams will happily execute the play now matter how gritty.

His personality is a plus as well, gladly accepting a back up role. Something a certain former Steeler running back couldn’t handle.

Mike Vick, on his first snap as a Steeler, threw a 63 yard rocket to the recently suspended Martavis Bryant for a huge gain. Same old Vick, showing off that catapult of an arm.

Vick finished the game with 4/5 passes completed, 106 yards and a scramble for a gain of 1 yard.

Despite what many fairweather fans think of Mike Vick’s signing, it looks like it’ll turn out to be a great choice.

He brings an entirely new dimension to the team that Bruce Gradkowski simply doesn’t. The ability to extend the play with his legs and keep cool under pressure is definitely a sought after trait in back up quarterbacks.

Mike’s veteran experience, as with his fellow teammate DeAngelo, can be the deciding factor between getting picked off at their own 20 yard line and throwing the game winning touchdown in the waning minutes of the 4th quarter.

We should be grateful that the Steelers have solid back ups at crucial positions.

Stats and info courtesy of Steelers.com

The Blitz Podcast for September 1st, 2015 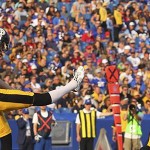 Yeah, I’m a Steeler fan in San Antonio for 34 years. I know how it feels. On your comments, yes, these are good back-ups, but it is a matter of meeting expectations at this point. Obviously our defense is possibly worse than last year. I have more fear of the “non-effort” given by some than how much better we actually appear on paper. Somebody, coaches and players alike, needs to stand-up and rally the troops ! This is hardly Steelers smash-mouth football, it needs to start now !!

Solid analysis, I agree. However, no matter how much you try to drill it into them, some of the younger players straight up won’t put much effort into the preseason even though their careers are on the line. It’s just something the deal with every year.