The Pittsburgh Steelers have not been the least bit shy over the last few days about getting themselves further under the salary cap than most of any of us expected.

Sometime this week it’s expected that they will formally announce a re-structured contract for all-pro center Maurkice Pouncey. When added to the already announced moves of Mike Mitchell and Marcus Gilbert, the Steelers should be somewhere in the area of $10 to $11 million dollars under the cap.

This also figures in the nearly guaranteed cuts of Cam Thomas and Lance Moore as well.

Williams is a guy I brought up earlier this winter as potential target in free agency. At 31, Williams isn’t a spring chicken by any stretch but he has been very durable and has played in Dom Capers 3-4 system for the Packers.

While the Steelers do have some guys at corner with experience from this past season, Cortez Allen remains an absolute mystery while William Gay has a firm grasp on the number two cornerback position.

Williams would be an immediate upgrade and would also allow the Steelers to focus a bit differently in the upper rounds of the draft.

McPhee had his best season in 2014 for Baltimore recording 7.5 sacks and a forced fumble. He has 17 career sacks in four seasons and he’s just 26 years old so he could be just starting to hit his prime pass-rushing days.

With Jason Worilds all but gone, the Steelers will need to at least stand pat at the outside backer position but McPhee would be an upgrade in my opinion if they can get him for the right price.

One other guy to keep an eye on is Brandon Flowers who played cornerback for the Chargers last season. It sounds like he wants to test the waters of free agency but I was also told this weekend that San Diego would like to keep him as well.

These are three potential candidates which means there are likely several more to get phone calls from the Steelers in the coming week. 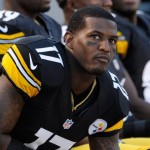 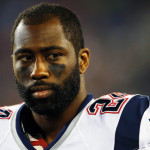