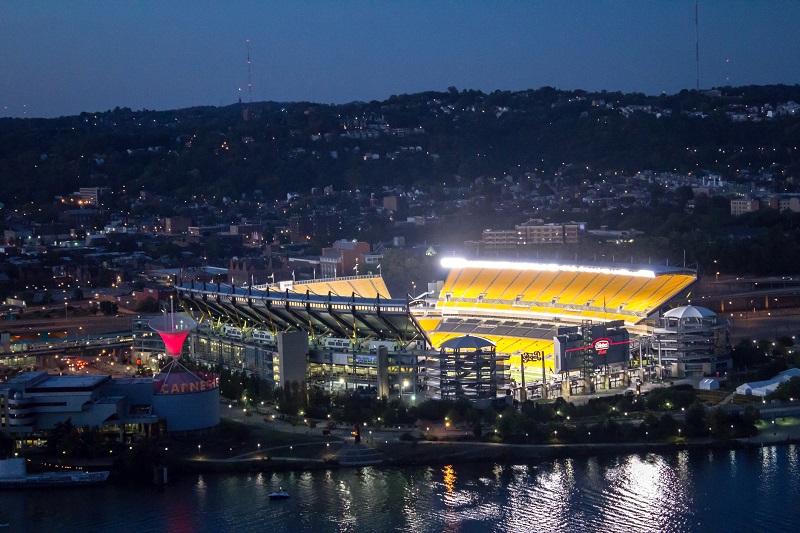 It finally happened today. Since 2019, anyone who has paid attention to the Pittsburgh Steelers knew that there was a possibility that Heinz would no longer be the sponsor of our home field. Since 2001, the Pittsburgh based ketchup (among other items) king sponsored the Steelers home and it couldn’t have been more perfect. The ketchup bottles, the “Heinz Red Zone” and so much more. Heinz Field just screamed “Pittsburgh!!” Today the agreement ended and instead our base of operations will be known as Acrisure Stadium. Not exactly the same ring as “Heinz Field” right?

Acrisure is a tech-based insurance and real estate company located in Grand Rapids, Michigan. Steelers’ minority owner Thomas Tull (the guy from Legendary pictures) is involved and their current President claims to be a lifelong Steelers’ fan.

Is it a sad day? Yes it is for many of us who remember the era when stadiums weren’t “corporatized.” Three Rivers Stadium… Riverfront Stadium… Mile High Stadium… The Kingdome… Now we are stuck with constant, in your face commercialization. AT&T Stadium… M&T Bank Stadium… Ford Field… Hard Rock Stadium… Yuck.

I’m not being naive here. I realize that Heinz was as corporate as any of the ones mentioned above but there was just something different about Heinz. It didn’t feel that way. It felt more like your local playground or park. There was no feeling of massive wealth or commercialization, it was just “Heinz.”

In time, fans will eventually accept that our home field is no longer Heinz Field. It’ll be hard, don’t get me wrong. “Meet yinz down at Heinz!… Is the game at Heinz this week?… Heinz is rocking!” The term became part of our everyday, basic Steelers’ lexicon. It was as common as “The Burgh” or “Steel City” and now it’s gone.

Considering that the season is roughly two months away, there’s a lot that needs to be done. There are literally hundreds, if not thousands, of signs that have to be replaced and that includes the biggest ones that greet you. Then there are the ketchup bottles as well. Oh those fantastic ketchup bottles oozing their contents every time the Steelers’ entered the 20-yard line of the opponent. They’ll soon be gone.

I can’t help but notice that the agreement between Acrisure and the Steelers runs for 15 years. Most of these typically start at 20 and go up. I can’t help but wonder if at some point a new stadium will be coming. Laugh all you want, it’s already been discussed and those conversations will only get louder as Heinz, errrrr, Acrisure ages.

People often look at a stadium and see it as just a structure. Steelers’ fans embraced Heinz Field in time after the passing of Three Rivers Stadium and it was more than a name or a structure, it was Pittsburgh.