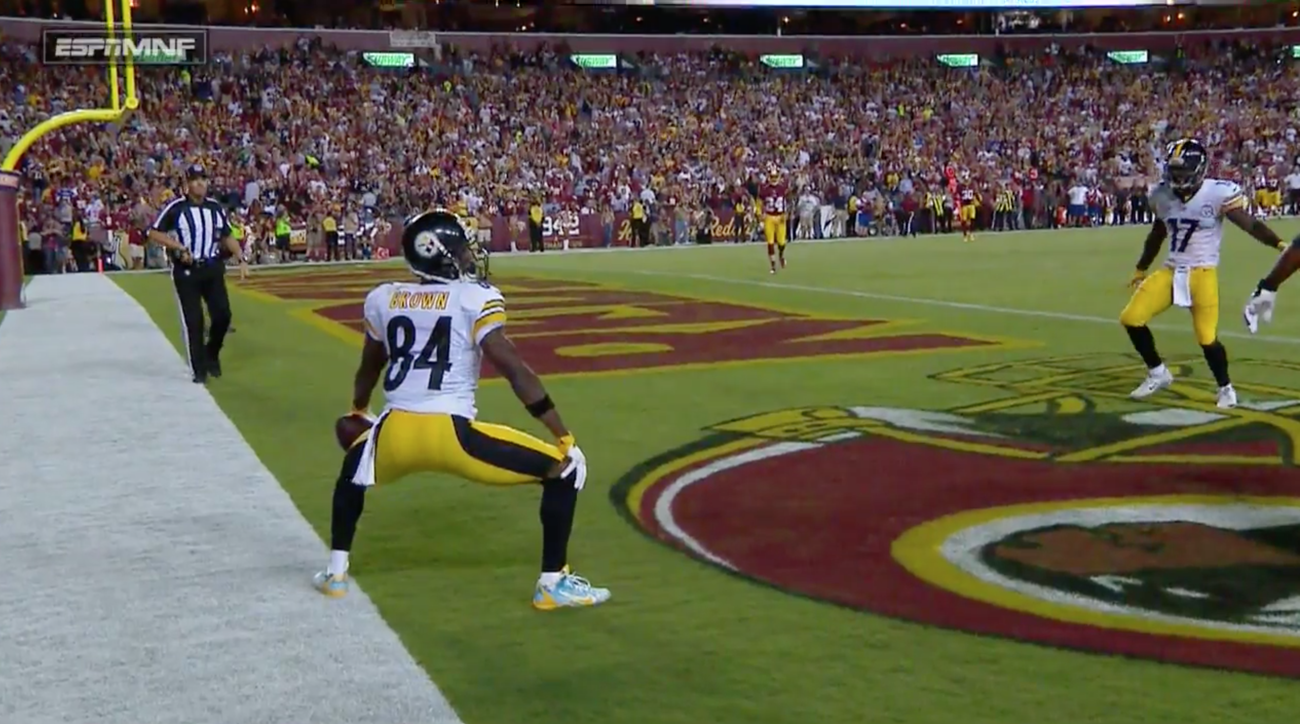 I may be an old curmudgeon in many ways but I also like to see players in the National Football League have fun. The problem is that the “No Fun League” is once again stepping all over the enjoyment many fans like in the game of football. Therefore, I’m starting a new movement. It’s time to let these guys have fun and it starts with our own Antonio Brown.

Let’s start the movement here at Steel City Blitz. Start using the hashtag #LetABdance whenever you get on Twitter. Other social movements have started this way so why not this one?

To this point, Brown has been flagged twice for “excessive celebration” penalties. In the first, he twerked one too many times according to the NFL and had the ball in his hands. Therefore it was a “prop.” Never mind that Emmanuel Sanders did the exact same thing but without the ball and boom! He wasn’t fined.

Brown returned to the end zone on Sunday and this time struck up some MC Hammer moves but because he had the ball he was flagged.

This has gotten out of control. Do I like guys like Barry Sanders who used to cross the goal line and hand the ball to the official? Darn right I do but I also have no problem with guys who have fun. In neither case where he was flagged was Brown taunting the opponent or the crowd. Essentially, he did nothing other than have the ball in his hand when he was having “too much fun.”

they love to use @AntonioBrown's dances in ads and tweets but they flag and fine him for it..I wish their hypocrisy surprised me

Hammer? Meet nail. The NFL has no problem penalizing Brown but then has even less of a problem using his videos to promote their product. Hypocrisy of the highest order.

Join us in promoting #LetABdance. Just maybe the NFL will decide that a little fun isn’t such a bad thing.