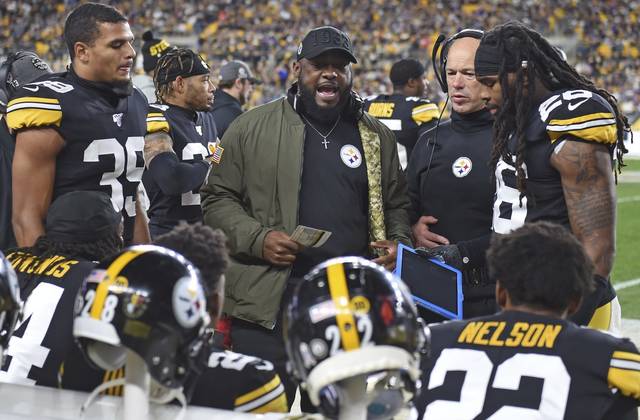 In the waning moments of the Pittsburgh Steelers’ season-opening 33-3 loss in New England, you could literally feel the heat increasing. The heat wasn’t on you but it sure was on Mike Tomlin yet we could all feel it. The Patriots were ‘beatable’ after all weren’t they? Tom Brady was another year older and noted Steeler-Killer Rob Gronkowski had retired. Then the smack of reality hit us all in the face and many of us, myself included, thought this was the beginning of the end for Tomlin.

A close loss in the home opener to Seattle came next but was overshadowed by the loss of Ben Roethlisberger for the season. Mason Rudolph made his first career start against what is still the NFL’s only unbeaten team in San Francisco. Only a James Conner fumble late thwarted the team’s first win. Eventually success found the team in the name of the still winless Cincinnati Bengals to get the team and Tomlin into the win column. A crushing overtime defeat to the hated Baltimore Ravens left the Steelers at 1-4 with a trip to Los Angeles where a famous duck caller and third-string QB would get the start. That was a win and then Miami came in, shocked the Steelers for 20 minutes, then relented giving the Steelers their second win in a row to pull to within 3-4.

But no one was singing the praises of Tomlin or the team for that matter. The three wins had come at the expense of three teams who at the time had combined for two wins among them. The four Steelers’ losses meanwhile came against teams with just four losses between them at the time. With home games against 5-2 Indianapolis and the 5-3 Rams, most anticipated this being the true litmus test for Tomlin’s charges.

As we now sit here following two more close, physical wins, the Steelers stand at 5-4 and the national media is starting to talk about Tomlin as an elite coach again. Make no mistake – should he get this team to the postseason – elite he will be. But I went on record after week one as saying the time had come. I firmly believe the message by any coach can wear thin and the things I was learning about Tomlin’s approach towards some players was deeply concerning. I am of the opinion that Tomlin’s teams have underachieved in recent years and nothing he does in 2019 will change that.

But…. It is so much easier to be negative than it is to be positive. Being negative doesn’t take any effort while being positive requires thought and analysis. I’ve tried in the over ten plus years I’ve blogged about the Steelers to always be honest about my thoughts on this team and that doesn’t work for everyone. So what I can tell you about Mike Tomlin after the first ten weeks of 2019 is as honest I can make it.

Tomlin for the time being is no longer on a hot seat. He’s done a great job of getting this defense to play at a high level (hello Minkah Fitzpatrick) and he’s gotten what he could out of a first time NFL starter at quarterback. He’s also had to win games with third and fourth and fifth string players at running back too so ya, the job Mike Tomlin has done so far has been highly impressive.

Unfortunately the NFL is a 16 game test and as Tomlin looks over the remaining tests on his schedule he sees lots of opportunities for success. Two games against 3-6 Cleveland… The 0-9 Bengals… The 2-7 NY Jets… The 3-6-1 Cardinals… The 6-3 Bills and the Division leading and 7-2 Ravens.

What Tomlin has done by winning four straight has actually made life more difficult on himself. His Steelers will likely be favorites in five of those final seven games. If James Conner gets healthy and more importantly stays healthy, then why shouldn’t this team finish 10-6? What was once thought impossible now seems all too realistic.

Most of us suggested that if the Steelers finished this season at 8-8 after the 1-4 start then that would indeed be a success story. But that’s not how fans think. Fans see what lies ahead of Tomlin and the Steelers and it really shouldn’t frighten any of us. Heck even the finale in Baltimore could be a moot point if the Ravens have already secured a first round bye.

So no, Mike Tomlin is no longer on the hot seat in my mind but should he and the Steelers drop games they have no business losing down the stretch then it’ll be time to get my matches out.

Until Tomlin magically becomes a white man, he’ll always have closeted racists calling for his firing.

Get off the race card bull crap tired that white people cant have a opinion with out being racist!!