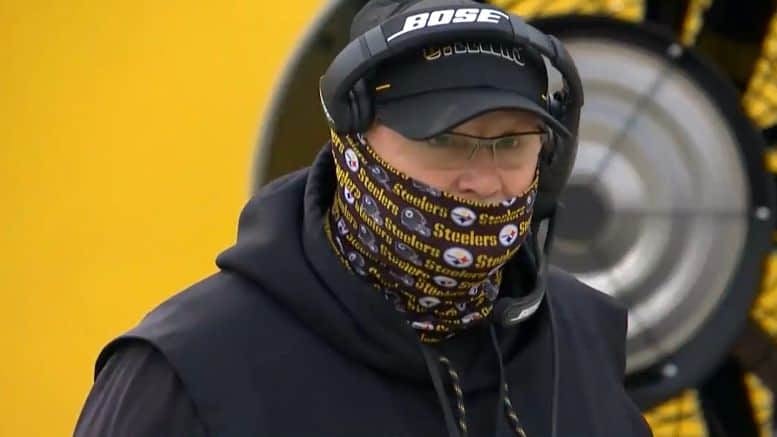 Is it Time to Hit the Panic Button?

If you’re a Pittsburgh Steelers fan, it’s safe to say the last two weeks have been incredibly frustrating. They have gone from 11-0 and top of the NFL standings, to 11-2 after two straight bad losses, and now having to just worry about winning the division. The defense is banged up, the offense just looks out of sync, and the only thing any of us can do is sit back and just shake our heads. While an 11-2 record is still certainly something to be proud of, fans have been anything but proud the last two games. So what should us loyal Steelers fans be thinking right now? Is it time to panic? Below is a breakdown of what is going wrong lately with Pittsburgh

If you’ve gone on the internet at all during this two game losing streak to see what other fans think, then you’ve probably seen Randy Fichtner get completely ripped to shreds. Some people think that Steelers fans have been too critical of their offensive coordinator, but I can’t say I’m one of those people. While it is true that the offensive line’s run blocking has been bad, and the receivers dropping passes has certainly not been helping, Randy Fichtner has taken an extremely talented offense and made them look like a joke the past three games. His obsession with almost only running draw plays and screen passes has made this the most predictable offense in the NFL. His refusal to change even a single thing about the offense, even though defenses have clearly caught on to this new brand of Steelers offense where Ben throws it in under two seconds, has been frustrating to say the least. His play-calling in certain situations lately has been so bad that it really makes you wonder just what in the world he was thinking when he called the play. If he doesn’t change up the offense soon, it doesn’t look like Pittsburgh will be a real postseason threat. Teams have completely figured out this offense.

The play calling has been nothing short of terrible, but that has nothing to do with the Steelers having the most dropped passes out of any team in the NFL. It really makes you wonder exactly what has happened with these receivers the past few weeks, as dropped passes really were not an issue early in the year. Diontae Johnson seems to have some form of the wide receiver yips lately, as he now leads the league in dropped passes. His drops have been so much of an issue, that the coaching staff didn’t have any hesitation benching him after two early drops in the first quarter of the 26-15 loss to Buffalo. He later came back in the game, but Steelers fans can only sit back and scratch their heads on this one. Dropped passes have quickly become a huge issue with this team.

Let’s just get one thing out in the open: Matt Feiler is not meant to be a starting guard in the NFL. While he was exceptional last season at Right Tackle, he was switched over to Left Guard to fill in for the retired Ramon Foster, and let’s just say he hasn’t really done great with the transition. His pass blocking hasn’t been an issue. It hasn’t been perfect, but it wouldn’t be fair to say that he’s been a liability when it comes to protecting his QB. With that being said, Feiler just might be the worst run blocking guard in the NFL. There were multiple runs in the Buffalo game where you can actually see Feiler behind HB James Conner by the time he gets tackled. He has been getting absolutely blown up off the line of scrimmage. The rest of the offensive line hasn’t been perfect, but Feiler has certainly been the biggest issue.

There are a lot of things that go into this issue. While I personally believe that Pittsburgh should go with a running back in the 2021 NFL draft, that has more to do with the Steelers cap space in this offseason, and the likely event that Conner will not be able to be brought back because of financial reasons. James Conner is still a talented player, and while he hasn’t been at his best, he is far from the only problem. The blocking up front for Conner hasn’t been good, and it’s hard to have successful runs when the defense pretty much knows exactly what’s coming. As I previously stated, the play calling by OC Randy Fichtner has been so predictable and so down right terrible, it would be hard for any running back to have success. The Steelers have a very talented offense, but it’s almost impossible to have success with a run game that is practically non-existent.

This is nothing new for the Steelers. We all know how much of an issue injuries were last year for Pittsburgh, and it has quickly become an issue again this year. Devin Bush, Bud Dupree, Joe Haden, Robert Spillane, and Vince Williams were all inactive in the Sunday night loss to Buffalo. It’s never good to use injuries as an excuse for why you’re losing, but at some point it becomes valid. The Steelers starters on defense just seem to be dropping like flies lately, and it’s a huge problem. The defense is still playing well, which is amazing to see, but there is only so much any team can take. There are some guys who won’t be back until next season (Bush and Dupree) but the Steelers need to get those other guys back on the field and keep them there if they want to make a Super Bowl run.

This two game losing streak has been tough, and while there are definitely reasons to be concerned, I wouldn’t start to panic just yet. Hopefully Randy Fichtner will soon learn that the play calling and offensive game plan needs a big change, and with that, the players could start to clean up their sloppy play. Two straight losses is not good in any scenario, and Steelers fans should be concerned about it, but overall, Pittsburgh has an 11-2 record and has already clinched the playoffs. This season as a whole up to this point has definitely been a success, and if Pittsburgh can find a way to get out of this skid and get back in sync on offense, they can continue to have a successful year. 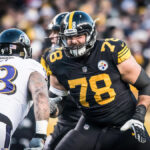 Why the Pittsburgh Steelers are the Best...