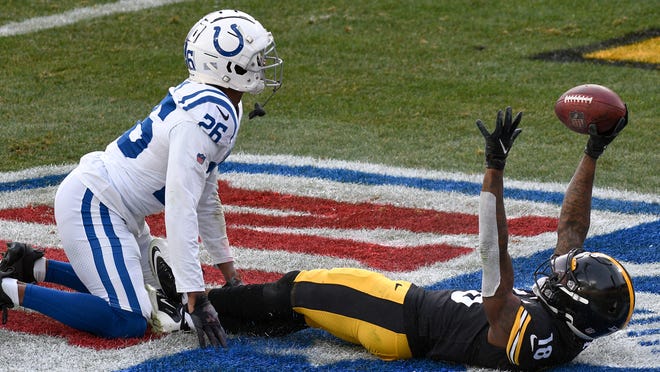 Three straight losses and another half of football that would have made the 1976 Expansion Tampa Bay Buccaneers blush and the Pittsburgh Steelers were literally lifeless. But then something changed. Or was it “Some things” changed? Whatever it or they were the Steelers found a way to not only beat the Indianapolis Colts but they also clinched the AFC North Division in the process. Let me try and explain what happened.

At 24-7 early in the third quarter, the Colts had stopped the Steelers at the one yard line and for all intents and purposes the game seemed over. While they punted after a three and out, the formula to regain momentum and keep the lead seemed simple. Hand the ball to Johnathan Taylor and flick it to Nyheim Hines a few times in the flats and boom! First downs and time keeps on ticking.

Ben Roethlisberger was sacked just once and was pressured several other times but the time he needed to actually get the ball out of his hands was minimal as usual. This meant the Steelers were once again unable to push the ball down-field because the defensive front was getting their hands up and creating too much pressure.

In the second half, the gauntlet was apparently thrown down to this unit because Big Ben started pushing the ball down-field like he’d been doing it all season. It started with short, intermediate throws but that third quarter touchdown to Diontae Johnson may have been a catalyst. Regardless, the offensive line was suddenly giving Roethlisberger time to throw deep and the Colts were willing to try and rush just four or five rather than forcing him to dump it. Any way you cut it, the offensive line was giving Big Ben the time he needed.

I cannot imagine what Roethlisberger must have been feeling in recent weeks. Last week it was so bad that retirement seemed only a matter of quarters away. But then something today changed. The arm strength that was thought to be gone suddenly returned. The deep ball was back. The hop in his step was back. Clearly something changed.

Perhaps what happened is that he, Randy Fichtner and Mike Tomlin just flat out decided that running the ball was no longer an option and being down 24-7 made it all the more easier to accept. To hell with even trying, we’re just going to down throwing haymakers and if we lose that way then so be it.

342 yards and three touchdowns later Roethlisberger found himself with yet another fourth quarter comeback victory and the screams for him to retire had subsided for this week at least.

There were of course other factors. A Philip Rivers’ fourth quarter interception was bound to happen and it did when Mike Hilton got him on an errant deep shot. The Steelers’ receivers caught balls in traffic and made plays after the catch too. Let’s not forget the overall defensive performance in the second half either. They gave up just three points and forced the Colts out of what was working (see above).

Where this takes the Steelers I have no clue. The team, through 15 games still hasn’t put together a complete game yet. With the division title wrapped up next week’s game in Cleveland is relatively unimportant. Having had no bye week, I think it’s fair to say that Mike Tomlin will be resting some guys next week for sure. The fact that they have the ability to call week 17 “meaningless” is pretty incredible after where we were today at halftime.

Let’s hope this is the springboard this team desperately needed. 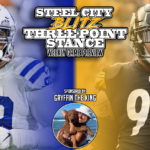