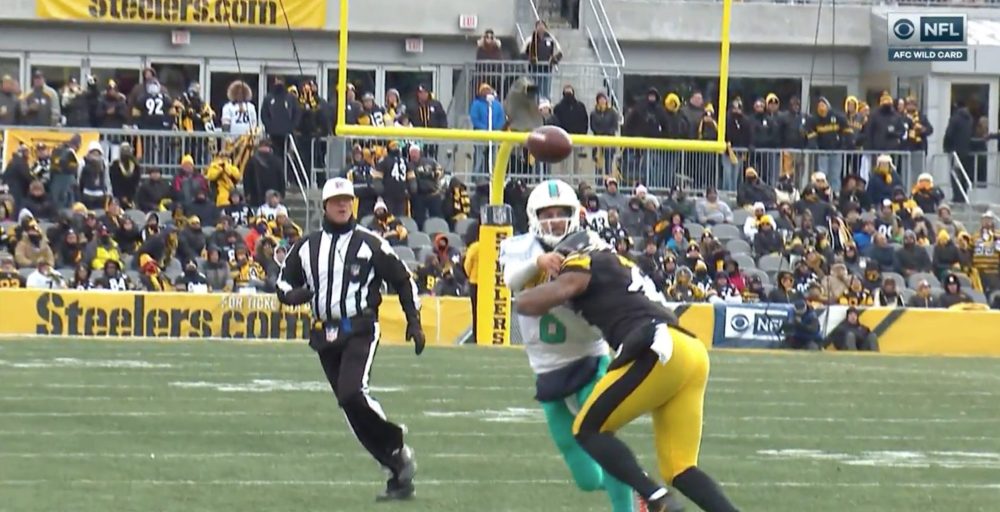 I’ll never fully accept what the National Football League has transformed into but I’ve come around to understand why calls are made. In the Pittsburgh Steelers’ win over Miami, Steelers’ linebacker Bud Dupree was flagged for a helmet-to-helmet hit on Dolphins’ quarterback Matt Moore. The flag was the right call by the official because the rule states “helmet-to-helmet” contact.

I get it. The NFL has to protect players in light of all that we know about head injuries and concussions. So no matter how much I bitch about the softness in the game or the fact that I have no problem with Dupree’s hit, I get it.

But there’s a problem with all of this and the NFL has yet to properly deal with it. The problem has been addressed in any other ways. SCB contributor Ben Anderson had this excellent piece following the flag on Ryan Shazier in the most recent Baltimore Ravens’ game.

Dupree’s situation however highlights something I, nor anyone else has an answer for. On the play, Moore scrambled to his right and towards the Miami sideline. Dupree had a full head of steam as he sprinted towards Moore. As the Dolphins’ QB released the ball, Dupree hit him with such force that on the initial telecast, I honestly wasn’t sure if Moore had survived it.

This flag was thrown less for the helmet-to-helmet contact and more for the pure violence of the hit in my opinion. Does Dupree’s helmet make contact with Moore’s? Absolutely and by rule, it’s a penalty, but what was Dupree supposed to do?

The NFL is asking their players, who train all year to get bigger, stronger and faster, to miraculously change course in the blink of an eye. Dupree makes contact with Moore’s helmet not because he’s targeting it, but because Moore’s shoulders and head drop as anyone else’s would who is about to get lit up. Neither player is really at fault.

The easy answer to this is that Dupree and all tacklers are to aim and ‘target’ lower. As we’ve heard however, offensive players would rather get hit up high. A concussion means a week or two out. A knee injury is a season lost.

So by this, tacklers are to follow a “Goldie Locks” mentality. Up high isn’t good. Down low isn’t good either. Therefore, they’ll have to always aim for the mid-section. In theory, this is perfect. Now if only we could stop time prior to every single tackle to make sure the ball carrier isn’t dropping his head and to make sure the tackler is only targeting the ‘mid-section’ of the ball carrier we should be all set.

See why fans get so pissed off by these penalties?

I can accept the change in the game for the health of it but I cannot accept the asinine way it is being done. It lacks common sense and has become way too subjective. And don’t even get me started on Eli Rogers’ penalty either. 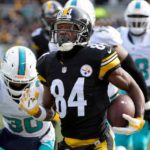