Grading the Pittsburgh Steelers at the Halfway Point of 2020 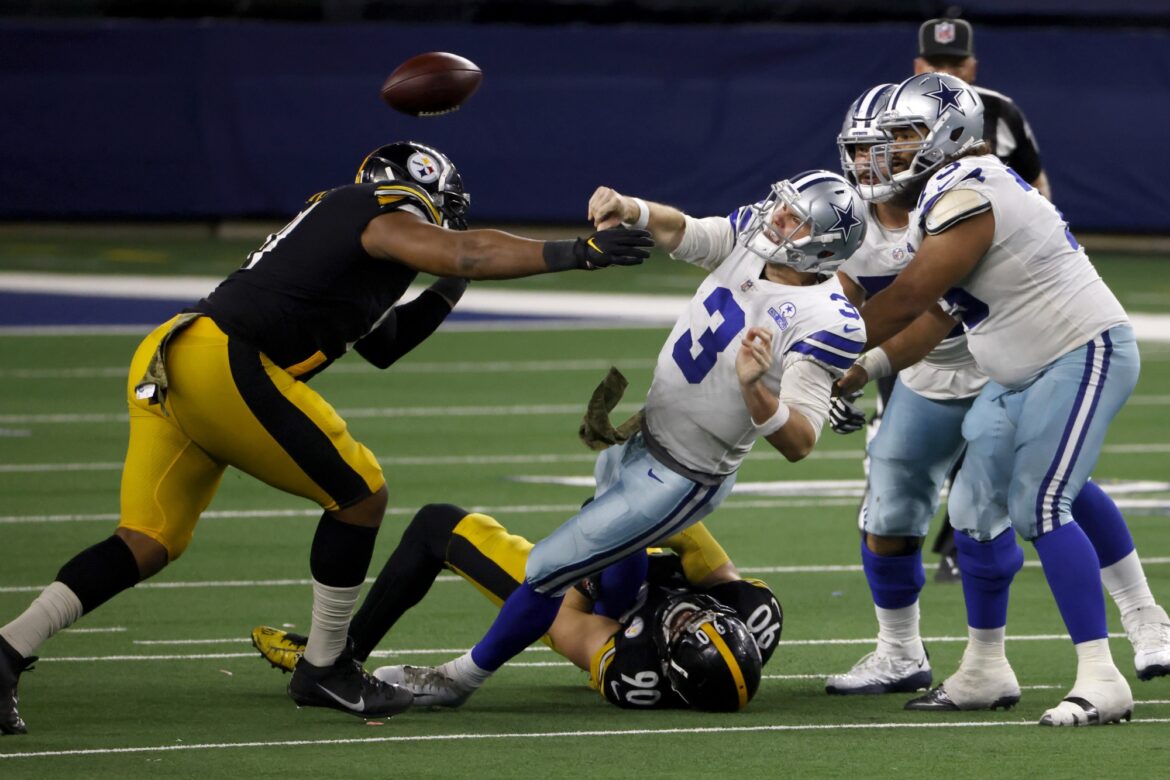 If you just assume that because the Pittsburgh Steelers are unbeaten and 8-0 for the first time in franchise history that I’m going to just put all ‘A’s’ in their grade book you’d be mistaken.

In the second halves of the last two games, the Steelers have relied on Ben Roethlisberger to run the entire offense himself. While I don’t think it’s quite “drawing plays in the dirt” it’s not far from it. If your coordinator is doing his job then you don’t have to resort to these things. In the first halves of the last two games, Randy Fichtner’s offense has been brutal. Awful play-calling and poor execution which we can blame on opposing defenses and our own players. But why do they suddenly perk up when Big Ben starts to cook? It’s a fair question.

The running game, which had been more than acceptable over the first six games or so has disappeared. Guys aren’t holding their blocks and they aren’t getting to the second level which is stopping James Conner before he even gets started. The increased use of the jet motion has been a welcome and somewhat expected change but the creativity with it is lacking. Fichtner and his staff have to get the running game going and they have to find more ways of getting the ball rolling earlier in games.

Bottom Line: Big Ben is the key cog of this machine and if you don’t agree, look back at Mason Rudolph’s three throws from Sunday. If, as it has been reported,  that Fichtner is scripting his plays to start the game then I’d suggest he move on from that. It’s leading to ugly execution and ill-timed runs at bizarre times. For some teams this is a good idea but not for this current Steelers’ team. Stick with what works!

The last two weeks have seen the Steelers give up roughly 350 yards on the ground. It is not by coincidence that this occurred with Tyson Alualu and Mike Hilton both out. One (or two) players should not make such a big impact but it is what it is. I thoroughly expect that these issues will be resolved this week as the Bengals come in looking to run the ball in order to keep the Steelers’ pass rush at bay.

Speaking of pass rush… I think sometimes we forget just how physically demanding it is to rush the passer play after play. We often think these guy 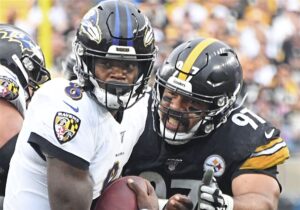 s should get a sack on nearly every drop back. It just doesn’t work that way which is why the development of Alex Highsmith is so important. While spelling Bud Dupree last week he picked up his first career sack and later added an interception. If he can continue to be a threat and the guys on the inside can keep pushing the pocket the way Cam Heyward and Stephon Tuitt do, this unit should continue to register sacks.

I’m still not 100% sure our secondary is on the correct page all the time but what matters is that they are making key plays at key moments of the game. Look no further than Minkah Fitzpatrick the last two weeks. With Devin Bush out, I think the middle of the field in zone coverage has become a soft spot for the defense. Both Dallas and Baltimore exposed this at crucial moments and that has to be improved.

Bottom Line: I’m a big believer in that you don’t fix what isn’t broken and Butler tinkered too much last week. He cited not knowing enough about Garrett Gilbert in response to why he didn’t blitz more. That’s a load of crap. There’s tons of film on Gilbert from college and from the AAF in which he played last spring. Not blitzing him for the most of the game nearly cost the Steelers. But overall, Butler has done a solid job. He made good adjustments against the Ravens and had an excellent plan against the Browns as well. If he can shut down the lanes in his run defense then I think he’s in great shape.

We just knew it was too good to be true didn’t we? This unit started off so well and then Wham! It started to fall apart. Part of that is on execution. Danny Smith can’t kick the ball for Chris Boswell or Jordan Berry and he can’t block or tackle for his units either. Smith also can’t control if Derek Watt or other players aren’t available due to injury or as in the case of Robert Spillane, due to his need on defense.

But the goodwill towards Smith ends there. His inability to adjust this past Sunday in Dallas nearly cost the team a victory. When your head coach doesn’t have the confidence to kick a field goal to extend the lead to eight that speaks volumes of you as the coach. I’m of the opinion that when you get beat once on Special Teams then that’s it. If you don’t learn and adjust then you’re doing something wrong and that was the case on the PAT/FG team Sunday.

As for the return game, Ray Ray McCloud has solidified himself as the Steelers’ return man on both kickoffs and punts. He’s shown good hands and for the most part, good sense when it comes to whether or not to return a kick. Save for Bos’ missed PAT last week, he’s been solid and props to Jordan Berry who hit some really big punts on Sunday to give the Cowboys a longer field.

Mike Tomlin has now coached the Steelers to 14-straight non-losing seasons which is truly remarkable in this day. Tomlin will never be without his warts though and only winning another Super Bowl can help cure those. We need to see him more involved with the offense meaning we need to see him put his two cents in more often.

I say this because too often Fichtner is losing the team with his play-calls and I think those negative plays can be reversed by Tomlin a bit more. Perhaps I’m wrong but I think it’s his duty to get this unit back on track. The next four weeks bring three pretty bad teams and the Ravens on Thanksgiving night. Anything less than 3-1 would be a failure.

SCB Steelers Quick Hitters: The “Not Our QB!” Edition