Grading the 2018 Steelers at the Quarter Pole 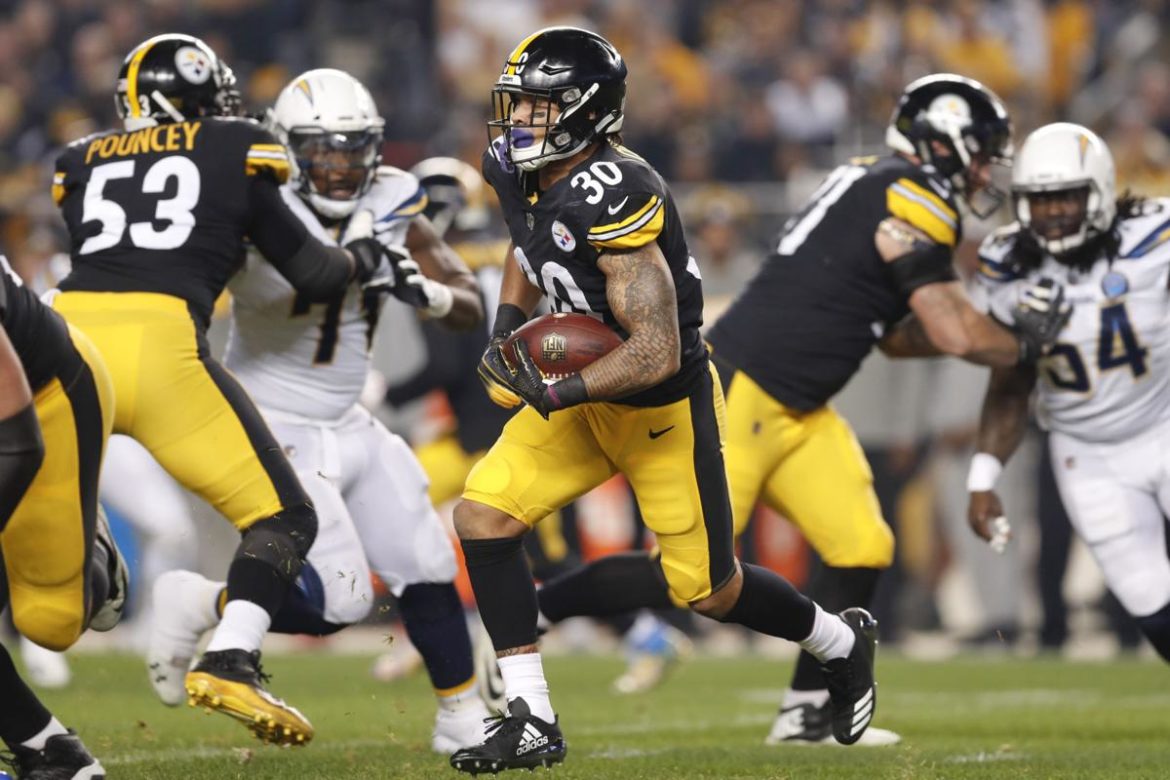 The Pittsburgh Steelers are at the quarter pole and are heading down the home-stretch. At 7-4-1, they continue to lead the AFC North but Baltimore is hot on their trail. It’s time to grade the Steelers for the third time this season.

One can hardly find fault with what Randy Fichtner has been able to do in the Red Zone. The Steelers are now one of the top teams in this category. There are however some concerns with this unit. Since being knocked out of the Carolina game with a concussion, James Conner has been used less often as Fichtner has chosen to throw the ball much more. The Steelers now lead the league in passing yardage and rank dead last in the AFC in rushing (29th overall). There has to be more balance and that’s going to be harder to come by with Conner out for this coming week at the very least.

Antonio Brown and JuJu Smith-Schuster are both playing at high levels but the lack of a true third wide receiver has been problematic. The offensive line continues to be one of the best in terms of protecting the quarterback but I see room for improvement in the run game. Perhaps running more would help?

Ben Roethlisberger must cut out the turnovers. In the last two losses, his turnovers deep in opponent territory have been incredibly damaging. This team, for all of it’s issues elsewhere, will succeed or fail on the shoulders of Big Ben. He has to be on top of his game these final four weeks.

I really do believe that Mike Tomlin, Keith Butler and company have gotten a lot out of the guys they’ve been given to work with but there are significant issues. None more concerning than what we saw Sunday night. Continually getting out-schemed by the Chargers was the final straw for me.

The absence of Stephon Tuitt for a couple of weeks hurt and the complete failure of Artie Burns has forced Coty Sensabaugh into action. This unit does leave it all on the field however and that begins and ends with Vince Williams. You want an MVP from me? There’s your guy. It isn’t about stats or flashy plays per se that Williams does it’s about his hustle, leadership and overall effort. Other top performers include Javon Hargrave and Sean Davis who has found a home at free safety.

I can’t entirely blame Butler because much of his unit’s deficiencies come from poor drafting and poor free agent acquisitions. Those are on Kevin Colbert, but Butler bears the responsibility for not making adjustments and not putting his best players on the offense’s best players. That just simply can’t happen especially with the opponents left to come.

Danny Smith will be given credit for his fake field goal in Denver and his ability to find avenues to block punts. That’s where it stops for me. His units continue to rack up penalties at an alarming rate. Three times on Sunday, his coverage units were flagged forcing the Steelers’ offense to start deep in their own territory. His punt coverage team was then victimized on a 73-yard TD return in which nary a Steeler got a hand on the return man.

Throw in the fact that Chris Boswell is still not 100% and that Jordan Berry (who punted better Sunday night) isn’t 100% reliable either and you’ve got a Special Teams’ Unit that is not as good as it could or should be. Ryan Switzer continues to be a bright spot but has yet to rip off that much-needed big return.

As I alluded to, the ship has sailed on both Keith Butler and Danny Smith for me. I realize Butler can only do so much with what he has but the same problems that haunted this defense under Dick LeBeau are haunting it again. It’s the literal definition of insanity. I will also make the same plea I made in the halfway point grading, someone please take away the red flag from Mike Tomlin. He should no longer be allowed to challenge calls. I do give him credit for righting the ship however after a 1-2-1 start.

As much as I enjoyed Joey Porter as a player, he’s proven to me that his outside linebackers just don’t improve under his tutelage. I continue to see the same mistakes and the same short-comings with his players. Keith Dunbar (DL) and Tom Bradley (DBs) have both done solid jobs with their units. The secondary is far from perfect but Bradley has definitely improved it in terms of tackling and overall play. There is still much to be desired however.

Do not be surprised if Mike Munchak gets calls about head coaching jobs. His work with the OL has been that good. As I mentioned earlier, Fichtner needs to find more balance with the offense and he must get more creative. Trick plays in the first quarter aren’t my cup of tea either. I’d like to see those used after a little more ‘lead-up’ if you will.

Let me close the overall evaluation with this question. Are the Steelers as good as we thought they would be? I ask this because I’m honestly not sure they are. The good news is that we’re going to find out over the next four weeks. On paper, the Steelers should steam roll both Oakland and Cincinnati who is now without A.J. Green and Andy Dalton for the year. It’s those middle two games that will determine how good this version of the black and gold actually is.