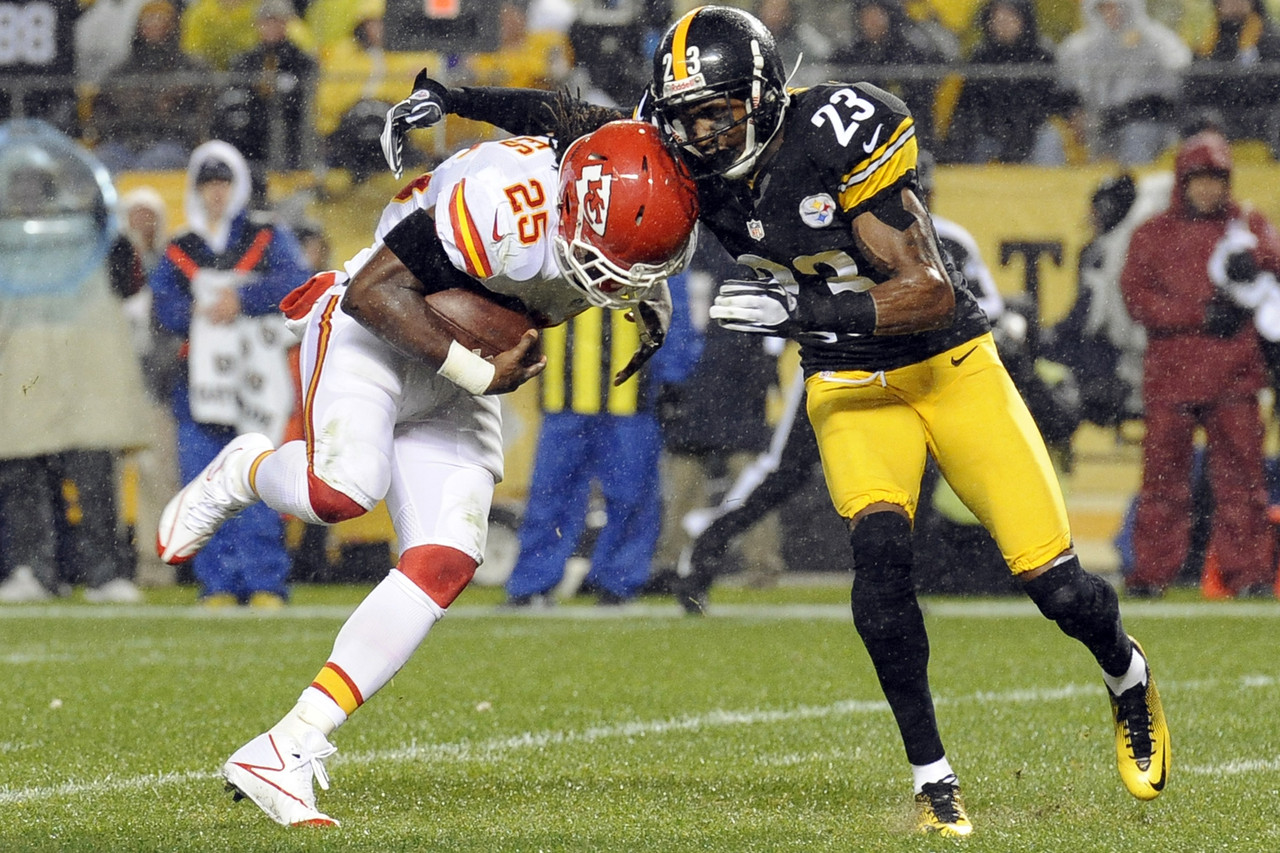 There was a time years ago when NFL and college football teams really didn’t have to game-plan as often or as much as they today. The reason for this is that the offenses and defenses are now so diverse and rely on so many different personnel groupings that not game-planning for every contingency would be a crime. This week the Pittsburgh Steelers will move on from a humiliating loss against the Eagles but what they’ll see across from them isn’t going to be all that different. That’s a bit scary based on what we saw.

The Chiefs rank 23rd in overall offense and 22nd and 21st in passing and rushing respectively. On the surface, those numbers don’t appear to be as daunting as what the Steelers faced in Philadelphia but because the offensive systems are so similar, I say throw the numbers out the window.

Not surprisingly, Quarterback Alex Smith is in the lower tier (23rd) of yards per pass attempt. Smith is averaging just 6.66 right now but when you consider Carson Wentz came into last week’s game at almost the same number, does it really matter? Kansas City will rely on Andy Reid’s west coast offense which will get the ball out of Smith’s hands quickly. Steelers’ fans need to realize that another sack-less week may be coming because of that.

The throws that Smith will be making are very similar to those made by Wentz so how can Steelers’ Defensive Coordinator combat this? I thought last week was his worst game since taking over for Dick LeBeau. Not only was he out-coached, but he never made the proper adjustments in-game either but I expect that to change this week.

Butler has to allow his corners on the boundaries to play tighter. If he doesn’t, Smith will take and make the same exact throws that Wentz was utilizing last Sunday. The running attack led by Spencer Ware has to be contained but it isn’t the issue we might think. Long ago, the Patriots and Rich Gannon-led Raiders exposed the Steelers’ defense by spreading them out and throwing underneath. Teams have used that formula time and time again with mixed results.

This isn’t to say the Steelers can just allow Ware to run wild. If he does, that sets up play-action where Smith is very dangerous and with Rob Golden and Ryan Shazier likely out, that puts a strain on their replacements. As always, it will be ‘stop the run’ first I’m sure.

The good news for the Steelers (maybe), is that the Chiefs don’t rely on their receivers the way the Eagles did. Their leading receivers are tight end Travis Kelce (13 receptions) and Ware with ten. That doesn’t mean they can let Jeremy Maclin run wild, but they should be able to limit him if they tackle as well as they did against the Bengals.

The old saying is that the best defense is a good offense and the Steelers’ D could use a big day by Big Ben and company. They want to force Alex Smith into five and seven step drops where they can use their blitz packages and get after him. The biggest thing to look for this week is to see how well Keith Butler learned from last week.

If he doesn’t adjust to what will largely be the same offense then significant questions will be raised.