From Conway to the NFL, Bryan Edwards would be a Perfect Addition 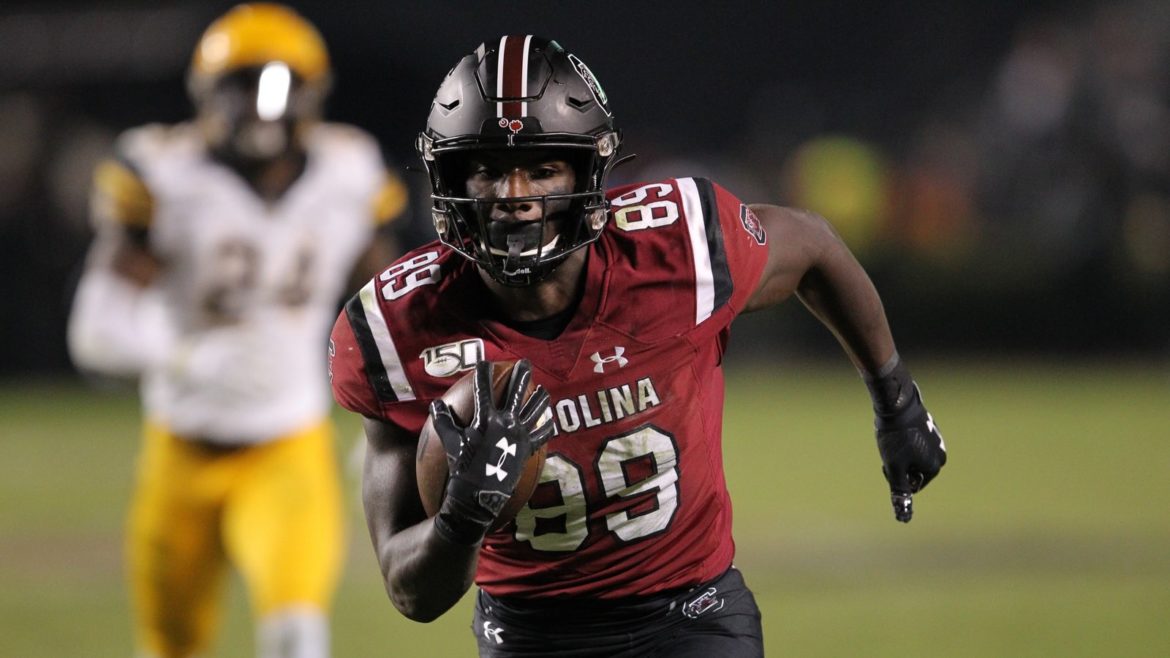 “Bryan is a tremendous athlete who has great ball skills and knows how to move without the football. On the high school level, he was our Jerry Rice.” Conway WR Coach, Steve Parsley

This draft profile hits a bit different. This draft profile is about someone who’s impact is felt in our own “Backyard.” Bryan Edwards is a player that, in my opinion, the Steelers would be able to get with their current positioning in the draft and a player that is a first round talent and an even better individual & leader.

For those that don’t know, I’m a high school football coach. Mentioned in a few articles prior, I coach for Conway HS in Conway, SC. It took me about 2 minutes on the campus of CHS to know Conway is a special place that means a lot to many many people. Bryan Edwards attended Conway High School. Although I did not have the pleasure of being at Conway while Bryan was there, his impact is felt throughout the program to this day. Many of my fellow coaches on our staff coached Bryan. As a man, Bryan continues to strive for excellence, as a player, Bryan strives to be all time. Conway’s current Head coach, Carlton Terry, was the offensive coordinator when Bryan was in High School. When asked about Bryan, Coach Terry responded, “Bryan is such an honorable young man. If I had to use one word to describe him it would be consistent. He is consistent in everything he does; excellent in the classroom, on the field, and in life. As a coordinator, I loved knowing I had a weapon like Bryan because he gave 100%  and most times he was coming down with the ball when we needed first downs or touchdowns. He continued to do that in college and I’m confident he will carry this quality to the highest level in football. I truly love this young man.”

Current Conway Running backs coach Alkeem Sherman says, “Bryan has NFL star written all over him. The way he approaches the game ever since high school, you just knew he had that “IT” factor. His ability to break tackles and overpower DB’s makes  him rare. One of my favorite Bryan plays has to be when he hit a kid with a Reggie Bush back juke, cutting across the field for a touchdown on a punt return. (video above) [You] can’t forget the opening offensive play vs. Bama when he threw a DB 5 ft. out of bounds on a reverse.”

For this article, I, not only will show you why Bryan Edwards should be a main target for the Steelers, but I’ll bring you perspective from those who know him the best and who will tell you, first hand, why he’d be a much appreciated addition to the Steelers on and off the field.

Conway has a tremendous following. That following is headed up by a man, Chuck Silvey, who has followed CHS Athletics for a long time and contributes endless hours of photographic efforts to document our great tradition. He said about his times with Bryan, “Bryan was/is a special type of player that always gave 100% to playing his best for the sake of the team and not for selfish reasons. I had the pleasure of capturing him in middle school on up and he continued to work hard and get better each game. Bryan did his best for Conway High and then at South Carolina. Conway has produced some great athletes that moved into professional careers.”

Let’s dive into his playing career… in High School Bryan was one of South Carolina’s top prospects and was a finalist for the prestigious award of South Carolina’s “Mr. Football.” As a senior Bryan pulled in 53 receptions for 969 yards and 9 TD’s. He was a Shrine Bowl participant as well as a selection in the US Army All American Game. He committed to the University of South Carolina as the 12th wideout in the nation.

Edwards competitiveness and physicality are up there for best in class. He's a "My Ball" Beast and brings an alpha mentality that makes him one of my favorite prospects this year. pic.twitter.com/ckdf9HTaPZ

On the football field Bryan is a physical freak. He has great size (6’3” 212lbs) and athletic ability.  Head strength & conditioning coach for Conway High School is Josh Robertson. Robertson has Head S & C coach experience at Wofford, as well as Appalachian State Universities. While at App. State, he worked with a young man by the name of Armanti Edwards who was the fastest player in the NFL draft that season as well as 2x Walter Payton award winner and leading passer in FCS. When recalling his time with Bryan at Conway, Coach “Rob” says, “Bryan could clean 300, squat 400, and could move like a tiger. He could’ve started at App. State as a senior in high school. He’s a special man.” 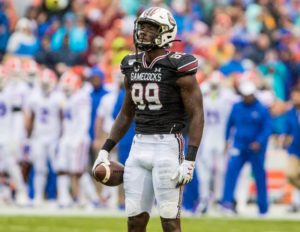 To go with his size, he has extraordinary feet. He has a tremendous ability to get off the press coverage with his combination of feet and hand placement with DB’s. Not only are his measurables everything you would want in a football player, but his production on the field against the best competition in the country speaks for itself. Bryan led the SEC with 7.1 receptions per game and ranked 4th with 81.6 receiving yards per game his senior season at UofSC. Bryan is also the all time leader at UofSC in receptions.

Bryan Edwards was Special and will continue to be in the League pic.twitter.com/7Z2w2PGbHD

To go along with his extraordinary abilities at the WR position, Bryan is also a polished punt return man. UofSC often put #89 back there as a reliable return man when they needed a big play on special teams as well.

How does this relate to the Steelers WR situation? He fits perfectly with what we want to do offensively. Right now, our WR core is missing 1 element. A big, physical WR. With James Washington & Diontae Johnson’s big play ability, along with JuJu’s hands and route running, Bryan Edwards would add an outside threat that could, not only, blow the roof off of the coverage, but will not be in a bad matchup. This could be a huge addition to our WR room day #1.

With the unbelievable depth at this position in the draft, and some sleeping on Bryan Edwards, we could realistically still see him on the board when it’s our turn to hand the “virtual” card to the commissioner.

From Conway to the NFL, Bryan Edwards would be a Perfect Addition was last modified: April 16th, 2020 by Bobby Curran
Bryan EdwardsNFL DraftSouth CarolinaSteelers Draft 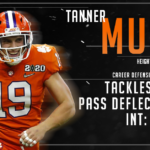