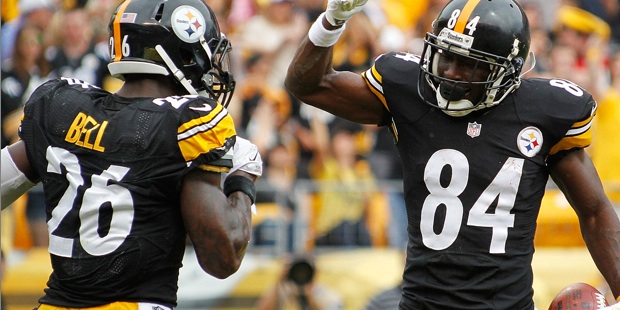 The Steelers offense enters the final month of the regular season on a hot streak. Over the last two games the offense has put up 40 and 31 points. Heading into the stretch run, the Steelers are in position to win the division and battle New England for homefield advantage in the AFC. As we enter the month of December, a number of Steelers players are also at or near the top of the league in their respective statistical categories.

Le’Veon Bell currently leads the league in rushing with 981 yards. He has a 91-yard lead on Chiefs rookie Kareem Hunt who has slowed down dramatically after a hot start to the season. Some of Bell’s success has come purely from his workload. He has 48 more rushing attempts than the next closest back (Todd Gurley), which puts him on pace for an astounding 366 carries this season. The last running back to have over 350 carries in a season was DeMarco Murray for the Cowboys in 2014. Since 2010, the 350-carry mark has only been eclipsed twice (by Murray and Arian Foster in 2012). For all the history and tradition of running the football in Pittsburgh, the only Steeler to ever win the league rushing title was “Bullet” Bill Dudley in 1942 and 1946.

Bell’s 1377 yards from scrimmage (981 rushing, 396 receiving) also leads the league. He is just 33 yards ahead of Rams RB Todd Gurley in this category. Bell leads all running backs with 61 receptions, a mark which ranks 11th in the league overall amongst all players. Those 61 receptions are 2 ahead of Panthers rookie Christian McCaffrey. Bell has never led the league in yards from scrimmage, but finished in the Top 3 in 2014 and 2016. His workload is a key factor in this total. Bell’s 313 total touches are 67 more than Gurley’s and have him on pace for 455 touches this season. In NFL history, only 5 players have broken the 450-touch mark, the most recent being Larry Johnson in 2006 who had 416 carries and 41 receptions.

Antonio Brown once again leads the league in both receptions and receiving yards. Brown has 80 catches so far this year and is on pace for his 5th consecutive season of over 100 catches. In NFL history, only three other players have 5 or more seasons with 100+ catches. Andre Johnson and Wes Welker both had 5 and Brandon Marshall had 6 seasons of over 100 catches, but none of theirs came consecutively as Brown’s have. Brown has a 5-catch lead over Jarvis Landry and is 8 catches ahead of Larry Fitzgerald. Brown is the only Steeler to ever lead the league in receptions and he has done it in two of the last three seasons.

Antonio Brown is the only receiver in the league averaging over 100 yards per game and is pacing the pack with 1195 receiving yards. He is 156 yards ahead of Julio Jones and 190 yards ahead of Adam Thielen. Brown previously won the receiving yardage crown in 2014 when he became the third Pittsburgh player to do so. Previous winners were Roy Jefferson in 1968 and Paul Moss of the Pittsburgh Pirates in the inaugural season of 1933. Brown’s 1195 yards ranks 4th in the league in yards from scrimmage, trailing only Le’Veon Bell, Todd Gurley, and Kareem Hunt. Over the last two weeks, Brown has hauled in 5 touchdowns to bring his season total to 8, just one behind DeAndre Hopkins for the league lead. The only Pittsburgh players to ever lead the league in touchdowns were Lynn Swann in 1975 and Ernie Caddel in 1933.

With 1195 receiving yards on the season, Brown also has the opportunity to become the 46th player in NFL history to surpass the 10,000-yard mark for his career. He currently needs just 428 yards to eclipse that milestone. At his current pace, it Brown could surpass that mark in the next 3-4 games.

With two sacks this past week against Green Bay, Cam Heyward’s season total rose to 9.0. This made him the first Steeler since 2011 to reach 9 sacks, when James Harrison and Lamar Woodley both tallied 9. One more sack would make Heyward the first Steeler since 2010 to reach the double-digit sack mark, when Harrison and Woodley both reached that pinnacle. Heyward currently ranks 9th in the league in sacks and leads the Steelers defense which ranks 2nd in the league with 38 total sacks.

First round pick TJ Watt recorded his 5th sack of the season this week against the Packers. This made him the first Steelers rookie since Kendrell Bell in 2001 to get at least 5 sacks. Watt’s 5 sacks ties the high-water mark for Steelers Outside Linebackers over the prior two seasons. With one more sack, Watt will have the most sacks by a Steelers OLB since Jason Worilds had 7.5 in 2014. In the last 20 years, only 16 rookies have managed to reach the double-digit sack plateau. Getting to 10 sacks on the season may be a tall order for Watt, but his potential as a pass rusher has been evident. 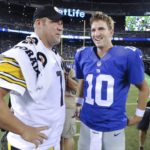