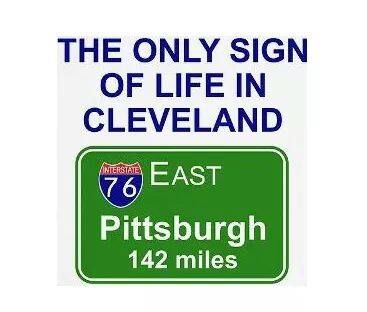 The Steelers take on the Cleveland Browns in the last game of the season on Sunday in what is seemingly becoming an annual tradition. Since the NFL moved to having all divisional matchups in Week 17, the Steelers and Browns have faced off 6 times in the last 7 years. This “annual tradition” comes nearly exactly four months after another annual NFL tradition – people overestimating how good Cleveland will be. This year, with the Brown and Orange on the cusp of a winless season, makes those predictions extra hilarious.

I really think this Browns team can win 7-8 games THIS year!

The #Browns played their hardest opponent today and lost by 3. This team is gonna win 6-8 games this year. Kizer can only go up from here.

I said before but here it goes. The Cleveland Browns win 8 games this year.

the browns have fixed every issue of need & are playing lights out. accept that they will win 8 games & make a strong playoff run next year.

Some others had more tempered expectations, but were still waaaay off.

With the new NFL season about to kick off it's time for some bold predictions.
1) The Browns win at least 6 games.

Sucks the Browns still don't have a qb. With a decent qb, I think they could win 7-8 games, instead they win 4-6.

?? just because the browns go undefeated in the preseason dont mean they bout to win more than 4 games this year ???

I'm really hoping the Browns can win a couple of games this season.

Others were just insane.

Listening to @CLETalkingHeads and a caller just said he expects the Browns to win 10-12 games… Are we really this delusional?

Browns Could Win Seven Games; I Love What They're Doing https://t.co/4Ka31TqHFc

People were really into this Browns-Jets thing.

The Browns will win more games than the Jets this year

The Browns are going to win more games than the Jets? Stat of the day, stat of the day…. https://t.co/pym2r3d48M

Is this really up for up debate? #Jets may be worse than the 0-16 #Lions & #Browns are gonna win at least 6 games this year. End of story. https://t.co/dqsE3MDITa

Cleveland may in fact get a parade AND Joe Haden might get a ring.

There will be a ring ceremony for the undefeated preseason and they will give Haden one also!

If the @Browns cant win more than 4 games this year they should relocate to alaska. Get a fresh start and some new team colors…. ??

I….I don’t even know where to start with this one.

One thing I hope everyone acknowledges: The fact that the Browns are 1-27 over their last 28 games does not mean that The Process didn't/doesn't work.

And finally, these folks were spot on!

YOU KNOW WHO ELSE FINISHED THE PRESEASON 4-0? The 0-16 Lions! The Browns will be lucky to win 6 games!

The Cleveland Browns finished the preseason 4-0. Are those the only games they'll win this year? 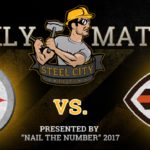