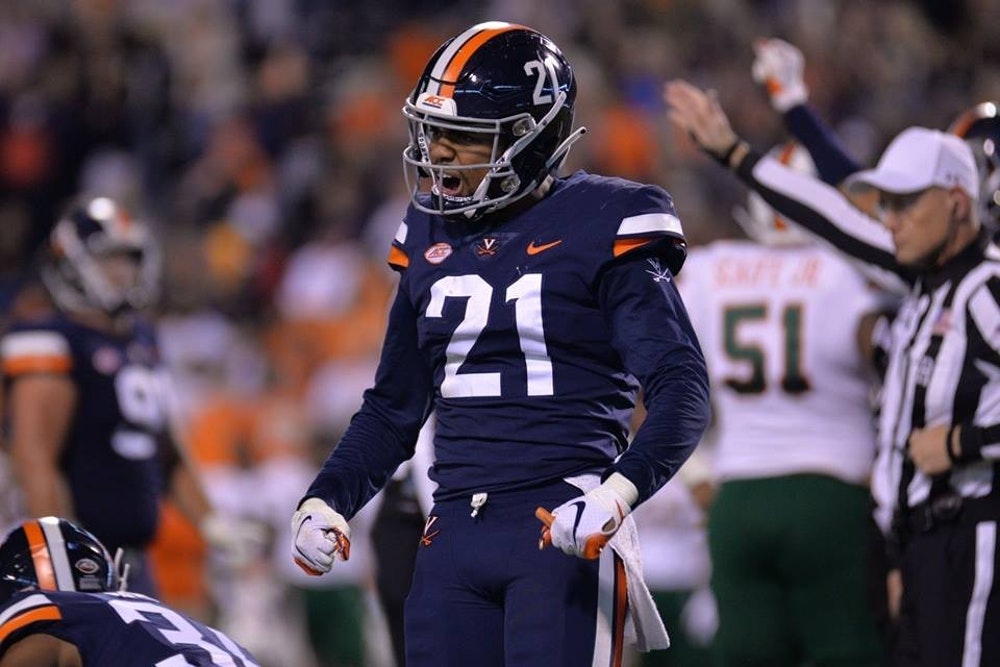 With my final mock prior to the 2019 NFL Draft, I wanted to mesh a bit of what I thought the Pittsburgh Steelers should do, with what I think they will do. This draft combines players the Steelers have met with and shown interest in, with ones I would love to see in black and gold.

Getting into the selections

If Devin Bush is there at 20, it’s pretty much a no-brainer pick. I think he’s got a better chance of falling than people are saying, though with that being said, there are a few wildcard teams that will really impact Bush’s chance of being there at 20. These three teams are; 1) Tampa Bay Buccaneers, 2) Denver Broncos, 3) Cincinnati Bengals. If the Buccaneers, the team that has been most closely linked to LSU linebacker Devin White decide to go with an edge rusher like Josh Allen or a defensive lineman like Alabama’s Quinnen Williams should he fall, the chances of two inside linebackers being drafted by pick 20 decrease considerably. I believe the Broncos will end up drafting Missouri Quarterback Drew Lock, whether that be at pick 10 or in a trade up, though if they decide to wait on drafting a quarterback, they have been strongly linked to Devin White. Lastly, rumors of the Bengals targeting Dwayne Haskins have been circling, and if they decide he is their guy at quarterback, that takes another ILB needy team out of the running.

Bush is a super aggressive, instinctual linebacker with a real mean streak to him. He’s got legit range, is a superb athlete, shoots gaps in run defense better than any linebacker in the class, and while I wouldn’t say he is superb in coverage, he’s better in that area than any linebacker currently on the Steelers roster, and he most certainly possesses the athleticism to improve in that area. His prowess as a blitzer makes him a great fit schematically for Pittsburgh’s defense as they love to blitz their inside linebackers. He’d be an ideal fit for the Steelers in the first round, and he would provide some much needed athleticism into their linebacking corp that has been missing since the injury to Ryan Shazier.

The good thing about this pick is that Oruwariye does not have to start right away and likely will not start much during his rookie year. Oruwariye is a lengthy, physical corner, with some legit ball skills who can come in and develop into Pittsburgh’s future CB1.

Now just hold on… I know what you are screaming while reading this.
“THE STEELERS CAN’T DEVELOP CORNERS”

Well, you’re not wrong. But the Steelers recently brought in Teryl Austin to help coach their defensive backs, and that should provide you with some hope. Just in recent memory, he helped develop Jimmy Smith during his tenure as the Ravens secondary coach, Darius Slay in Detroit, and William Jackson in Cincinnati. All three of those guys are physically similar to Oruwariye in the sense that all are 6’0 or taller and over 190 lbs. They are all in the mold of a true #1 outside corner. You’ve just got to have some faith that if you swing enough times will eventually hit, and if Oruwariye can clean up some inconsistencies with his footwork, he can be that #1 guy. This pick also allows for the Steelers to move on from Joe Haden after this season, as his contract is up at the end of the year.

*Side Note* – the Steelers met with Oruwariye at the Senior Bowl

There is a legit possibility Thornhill goes to the Cowboys at 58, and that would be a great pick, but if he falls through the cracks he’d be a phenomenal addition to the Steelers secondary. He’s got experience playing all throughout the secondary, has some of the best ball skills in this class, his instincts and football IQ are second to none, and he’s got some nice range at free safety. He needs to improve his tackling technique, but he certainly does not lack effort in that area. He led Virginia’s defense in tackles and interceptions last year, and this selection allows the Steelers to move on from Sean Davis next year if they want to.

Miles Boykin has the Steelers written all over him and I am all for it. The Steelers were at Notre Dame’s pro day, and invited Boykin to Pittsburgh for a pre-draft visit. Boykin had an unbelievable combine and his tape shows a big receiver who can work at all three levels of the field. Boykin’s game needs overall refinement, but he’d be a great fit in Pittsburgh, and I am pretty confident they draft him.

Foster Moreau is another guy the Steelers have been all over in the pre-draft process. They met with him at the Senior Bowl, Mike Tomlin and Kevin Colbert were at the LSU pro day, and brought him in for a pre-draft visit. They need a tight end with the departure of Jesse James, and Moreau is a damn good blocker with some nice receiving ability. He needs to develop as a route runner, but that will come with time.

Crosby is a lengthy, flexible pass rusher, with a high motor and a pretty nice array of rush moves. He’s got a bit of a gangly frame that he needs to fill out, but he’s the kind of guy you draft on Day 3 who’s got a high ceiling and can start by year 2 or 3. Unlike the OLB’s the Steelers have drafted who haven’t worked out, Crosby has some pretty stellar testing, particularly in agility drills. At 6’5, 255 he ran 6.89 3-cone drill, good for second best among all edge rusher’s at the combine. The only person who ran it faster was 6’0 Sutton Smith, who isn’t an edge rusher in the NFL but rather an off ball linebacker. He’s got the fluidity to have some viability in coverage as well. Crosby had 7.5 sacks, 19 tackles for loss, 1 pick six, and 4 forced fumbles last season.

Mack is a uber-powerful, stout defensive tackle. He’s an absolute force in the run game, and while he’s not really developed as a pass rusher, he’s got a super explosive get off and you will regularly see him just completely pancake offensive lineman. The Steelers have their pass rushing defensive tackle in Javon Hargrave so bringing in Mack who can help muddy up the running lanes as well as help in short yardage and goal line situations is a great add.

The Steelers get Maurkice Pouncey’s potential replacement here, as well as a guy who can kick out and play guard if necessary. At Georgia, Gaillard played center his last two years, but guard in his first year as an offensive lineman (he got recruited as a defensive tackle). Gailard is a super tough, athletic, intelligent center who can be a great depth piece for now, with upside to be a future starter at either center or guard.

Homer is an ideal third-down back for the Steelers. He’s one of the better receiving-backs in the class, Miami lined him up at receiver a fair bit, and he is a solid pass protector. Homer has a skill-set that can allow him to develop into a true 3-down running back who can fill in for James Conner whenever.

Johnson is a bit undersized, but man he’s electric. He had three touchdowns over 80 yards this past season, two of which were return touchdowns. He can step in and probably start as the Steelers return man right away. As a receiver, he’s a very good route runner, who can effectively defeat press with fantastic releases, which is a good sign that he can play on the outside, and not be solely limited to the slot due to his size.

Overall, I believe this would be quite the hall. As always, I’d love to hear your thoughts. Comment down below or feel free to reach out to me on twitter @ETScouting. Thanks for reading!

Okay Eli I can’t complain with your 1st Rd pick but I hate the Boykin pick. Everything I’ve read on the guy tells me he is not worth it and that there are better options at WR. In fact here is my 1st and only mock draft for the Steelers:

Rd 1-20:Brian Burns-The edge rusher that will take over for Dupree sooner than many would believe and is way better than any Edge guy you find later as they need 2-3 years of development and the Steelers don’t have that time for that position

Rd 2-52:Mack Wilson-Best ILB in Rd 2 and would easily help the D get much better quickly.

Rd 3-66:Trayvon Mullen-The guy is somewhat hard to figure out due to teams not going near him but has played literally every coverage that was possible and to me would easily become the No.2 guy by 2020 or even this season.

Rd 3-83:Jaquan Johnson-I know what your going to ask “A Strong Safety in Rd 3 have you gone nuts” and maybe I have but the board kinda played itself that way so to me it was a case of BPA

Rd 4-105:Daylon Mack-I like the guy a lot but to me what it came down to was he plays 2 spots, NT/DT so how can you not take a guy like that.

Rd 5-171:Antione Wesley-This guy to me is the best WR who is not going within the first 2 days of the draft. Efficient Route Runner who knows where he has to be at all times

Rd 6-175:Trevon Wesco-A good blocking TE who may have to play No.1 TE but as long as Vance stays healthy this is a late round gem that should generate decent production as the No.2 TE.