Does It Really Matter Who Coordinates Mike Tomlin’s Defense? 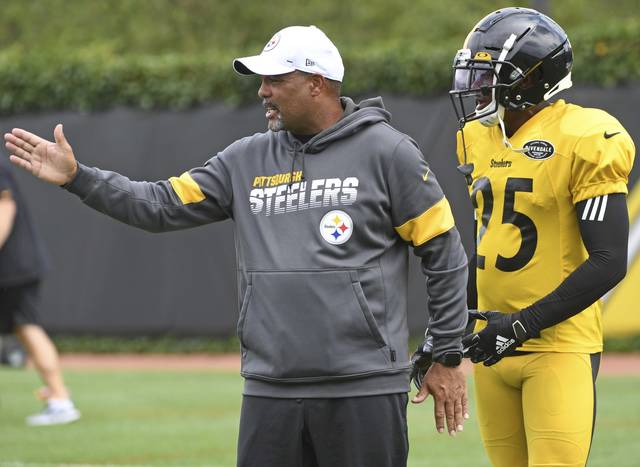 Defensive coordinator Keith Butler has told Steelers he is retiring, as expected.

The Steelers have indicated to senior defensive assistant/secondary coach Teryl Austin he would be in line to succeed Keith Butler, but no determination has been made at this point.

While nothing as of this writing has been made permanent regarding Austin, it falls in line with just about every other move related to coordinators under Tomlin. This final tweet from Gerry Dulac sums up many things we’ve known for a while.

Keith Butler on Tomlin calling the defensive signals since he became DC: “I would have liked to do them myself, sure I would. I think everybody would. But Mike’s the head coach. He can do what he wants to do.”

My first thought is why would anyone want to be the Defensive Coordinator of this team if they already know they aren’t calling the shots? Make no mistake about anything related to the Steelers’ defense… It belongs to Mike Tomlin.

Austin is an accomplished former coordinator who held the position in both Cincinnati and Detroit but those two stops don’t exactly inspire a ton of confidence considering the long running failures of both teams. His 2018 Bengals’ Defense was dead last in the league. On the flip side, his 2014 defense in Detroit was second in the league. So like many coordinators there are ups and there are downs.

But ultimately this decision will come down to Art Rooney II who we expect to speak soon. Might he feel it’s time to bring in a coordinator who is allowed to call his own plays? Or will the status quo continue? There are several accomplished coordinators currently available. Guys like Brian Flores or Vic Fangio would be welcome additions but it sure doesn’t feel like that’s the direction.

To be clear, the defense has talent and it suffered from injuries and an overall lack of depth in 2021 but it also needs significant upgrades as well. Austin is a good football coach and I do believe he’s elevated play in the secondary but will he just be a puppet for Mike Tomlin or will he be allowed to call the defense he’s asked to coordinate?

Until Art Rooney II Speaks, We Shouldn’t Be Sold on Anything