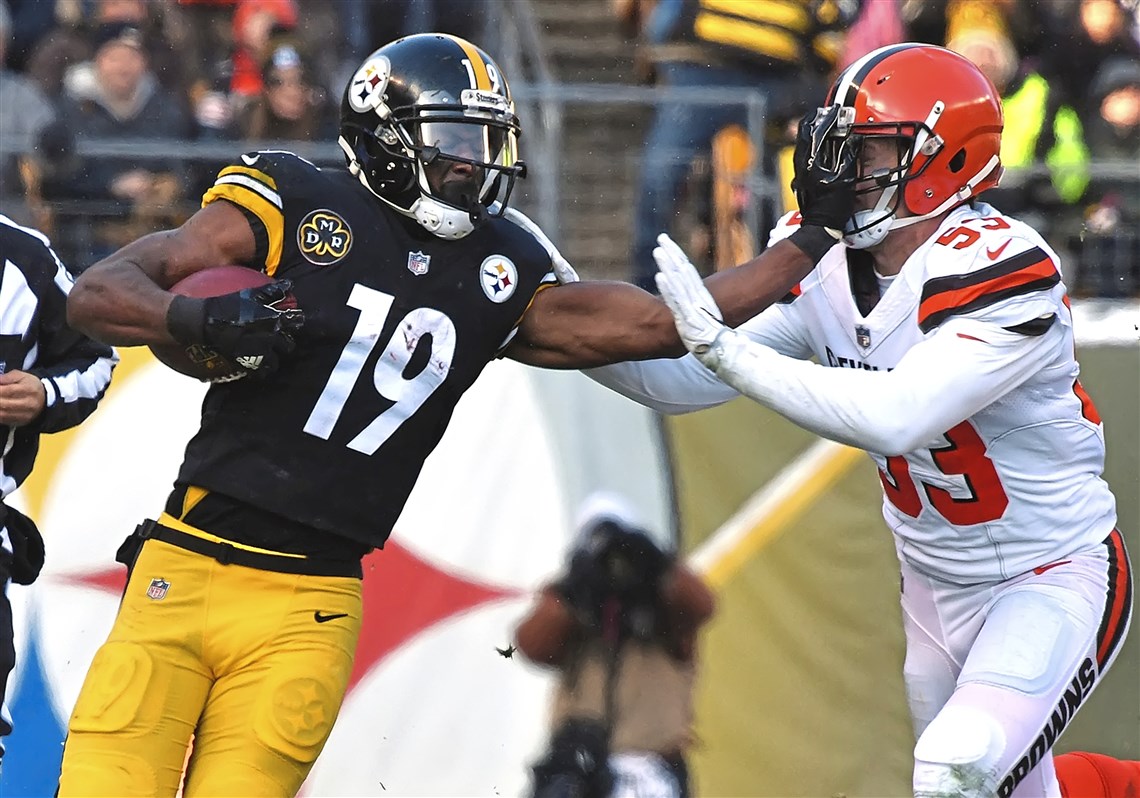 JuJu Smith-Schuster burst into the Steelers lineup as a rookie when he broke the team’s rookie receiving record with 917 yards. The previous record of 910 yards was set back in 1958 by Jimmy Orr. Last year JuJu won the team MVP award with a 111-reception, 1426-yard season. JuJu broke the Steelers record for longest play from scrimmage with a 97-yard touchdown as a rookie then repeated the feat his second season. With Antonio Brown gone to Oakland, JuJu figures to be an even bigger factor in the offense. This begs the question – can JuJu Smith-Schuster break the Steelers single-season receiving records?

JuJu Smith-Schuster is well ahead of both Ward’s and Brown’s career pace through two seasons. Now, in the third year of his career, JuJu will become the Steelers #1 receiver and no longer have to share targets with Antonio Brown. In 2002, Hines Ward set a Steelers single-season record with 112 receptions and 1329 yards. Antonio Brown would break the receptions mark twice, with 129 receptions in 2014 and 136 receptions in 2015. Shockingly, JuJu’s 2018 season was just 1 reception shy of Ward’s career-best mark. From a receiving yards standpoint, Antonio Brown holds the top four spots in the Steelers record books with JuJu’s 2018 season coming in fifth.

Antonio Brown’s 2015 season was historic, he had the 4th most single-season receiving yards in NFL history and the second-most receptions. That year Antonio Brown was the clear #1 receiver on the team and was targeted 193 times. The other receivers on the 2015 roster were Martavis Bryant, Markus Wheaton, Heath Miller, and DeAngelo WIlliams taking over for an injured Le’Veon Bell. Heading into the 2019 season, JuJu’s supporting cast will consist of Donte Moncrief, James Washington, Diontae Johnson, Vance McDonald and a backfield featuring James Conner and Jaylen Samuels. 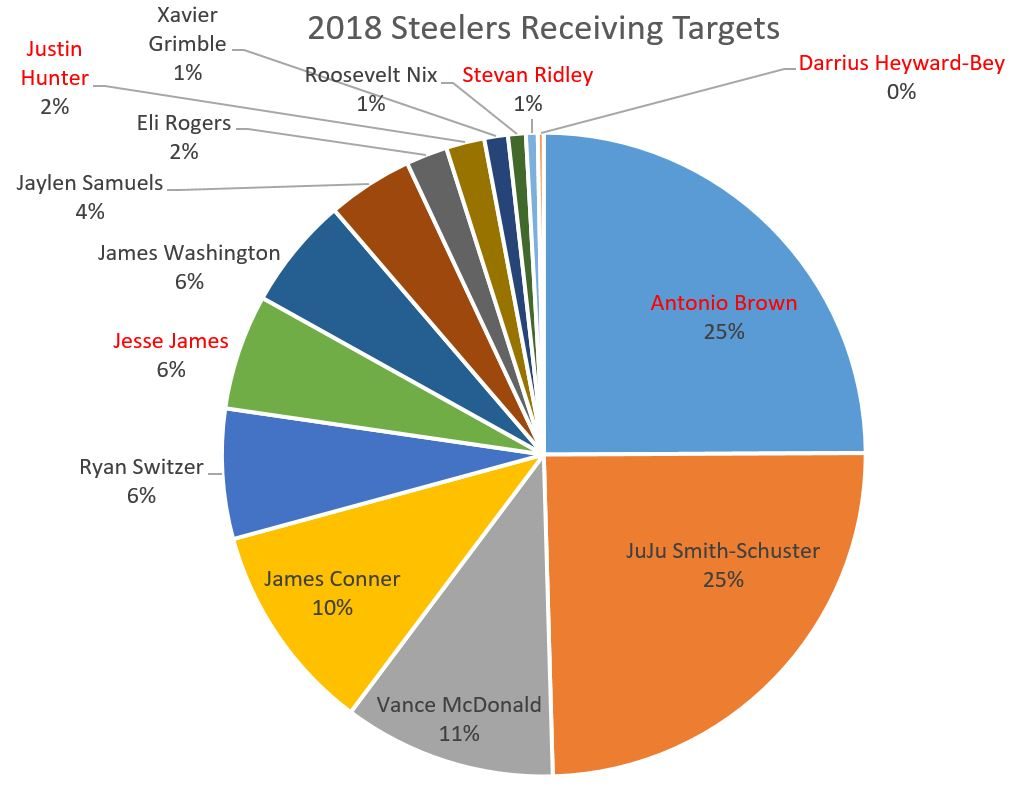 Last year, JuJu and Antonio Brown had a relatively even target share. Antonio Brown was targeted 168 times in 15 games and JuJu saw 166 targets in 16 games. With Antonio Brown in Oakland, it is worth asking how the Steelers will distribute his targets to other receivers in 2019. Brown and Smith-Schuster each accounted for about 25% of the Steelers passing targets last year. Ben Roethlisberger led the league in both pass attempts (675) and passing yards (5,129). With the addition of Benny Snell to the backfield, the Steelers may balance their pass and run games a bit more this season.

Even if the Steelers see a slight reduction in Roethlisberger’s attempts, there were 7 teams in the league that attempted at least 600 passes last year. In today’s day and age of NFL passing offenses, it is likely Roethlisberger will come close to that number again, particularly if the Steelers defensive struggles continue. In order for JuJu to get to the 195 targets that it would likely take to break Brown’s records, he would need to be targeted on 32.5% of Ben’s 600 pass attempts. This would be a 13% increase in targets but would take only 30 more targets on the season. Considering Antonio Brown saw 168 passes last year, it is not out of the question for JuJu to get 2 more targets per game.

Can JuJu Smith-Schuster Break the Record?

For his short two-year career, JuJu Smith-Schuster has caught 69% of the passes thrown to him. Additionally, on his career JuJu has averaged 13.9 yards per catch. In his record-setting season Antonio Brown caught 70.5% of the passes thrown his way and averaged 13.5 yards per reception. Therefore, if JuJu sees an increase of just 20% in his targets, he will have a legitimate chance to surpass Antonio Brown’s historic season in both receptions and yards. The one contingency here is that if Ben Roethlisberger misses time due to injury, the targets for all of the receivers will likely shrink.

If the Steelers continue to be among the league leaders in passing attempts, JuJu will certainly see an increase in targets as the passes that previously went to Antonio Brown are distributed throughout the receiving corps. If JuJu’s targets go up from about 10 per game to 12-13 per game and he keeps up his career averages in catch percentage and yards per catch, he can absolutely break Antonio Brown’s single-season receiving record.

I would be remiss if I did not mention that the NFL record for receptions is 143 by Marvin Harrison for Indianapolis in 2002. In order to break this mark, JuJu would need to see about 205 targets. The single-season yardage record is held by Detroit’s Calvin Johnson with 1964 in 2012. At his career average of 13.9 yards per catch, JuJu would need 142 catches to break Megatron’s record. As long as Ben Roethlisberger stays healthy, both of those marks could be attainable this season.

[…] touchdowns. Brown left Pittsburgh just 876 yards and 11 touchdowns shy of Ward’s records. As previously detailed, JuJu Smith-Schuster as put together the best first two seasons of any receiver in Steelers […]