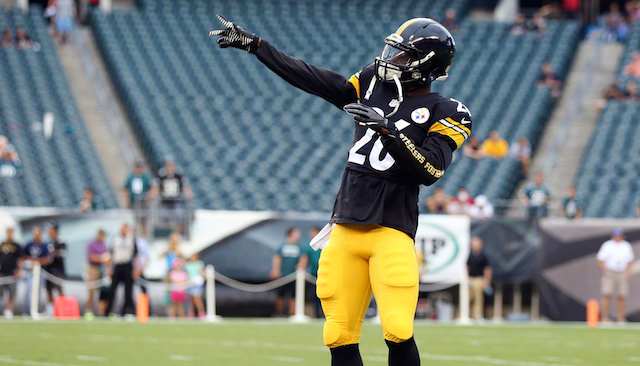 Earlier today, the deadline passed for the Steelers and Le’Veon Bell to come to an agreement on a long-term deal. Just like last year, the team and Bell were not able to come to terms on a contract which means Bell will play this year on the one-year franchise tag. This will pay Bell $14.5 million for this season and he will be able to become a free agent in 2019.

Over the last few hours, details of the Steelers final offer to Bell have leaked out, primarily through Ian Rapoport of the NFL Network.

From @NFLTotalAccess: A look at what contract offer #Steelers RB Le’Veon Bell turned down and how close they actually came to a deal. pic.twitter.com/Tnt7EMfvTc

According to Rapoport, the Steelers offer was $70 million over 5 years with $33 million guaranteed and a total of $45 million over the first 3 years. Given that the Steelers do not guarantee any more than the signing bonus in their contracts, we can break down the contract based on a relatively safe assumption that the $70 million offer included a $30 million signing bonus. The $30 million signing bonus would pro-rate over the life of the contract at a rate of a salary cap hit of $6 million per year. This would have made the first year of the contract worth $3 million as a base salary. which leaves $12 million to be spread over the second and third years of the contract. A contract with this structure would also reduce Le’Veon Bell’s 2018 cap hit from $14.5 million to $9 million, saving $5 million in cap space.

Using these numbers, we can assume the first three years of the deal would look something like this:

With $45 million of the $70 million accounted for, there is still $25 million left to spread over the last two years of the deal. If this was evenly split, it would be $12.5 million per year in the fourth and fifth years of the contract. This would breakdown thusly:

The breakdown above is obviously a speculation based on what we know about the contract (5 years, $70 million with $33 million guaranteed and $45 million in the first 3 years). The Steelers could have offered a different type of contract to Bell with a lower signing bonus but by utilizing a roster bonus in the second and third years of the contract, which they have done with other players. A contract with a lower signing bonus and roster bonuses in years 2 and 3 would look something like this:

Bell had previously said he wanted a contract of $17 million per year to be in line with what the top wide receivers make. Later he had reportedly “come down” to $14.5 million per year. If true, this would mean that he and the Steelers finished a mere $2.5 million apart. It is worth noting that the Steelers’ offer came up by $10 million over their 5-year, $60 million offer from last year’s deadline.

The Steelers will now prepare to enter training camp in just over a week. Last year, Le’Veon Bell did not sign his franchise tag until September 4th, after the preseason had ended. It is highly unlikely that Bell will show up for training camp or any preseason games this year. There has been some talk about Bell sitting out during the regular season, but this seems highly unlikely. If Bell does sit out during the regular season, he would lose a $855,000 game check for each week of the regular season that he fails to report. Le’Veon Bell is gambling on himself and hoping that he does not suffer another serious injury this season and that he can cash in with a major deal from another team next season. 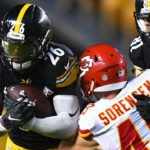 SCB Steelers’ Quick Hitters: The “One More Ring of the Bell” Edition