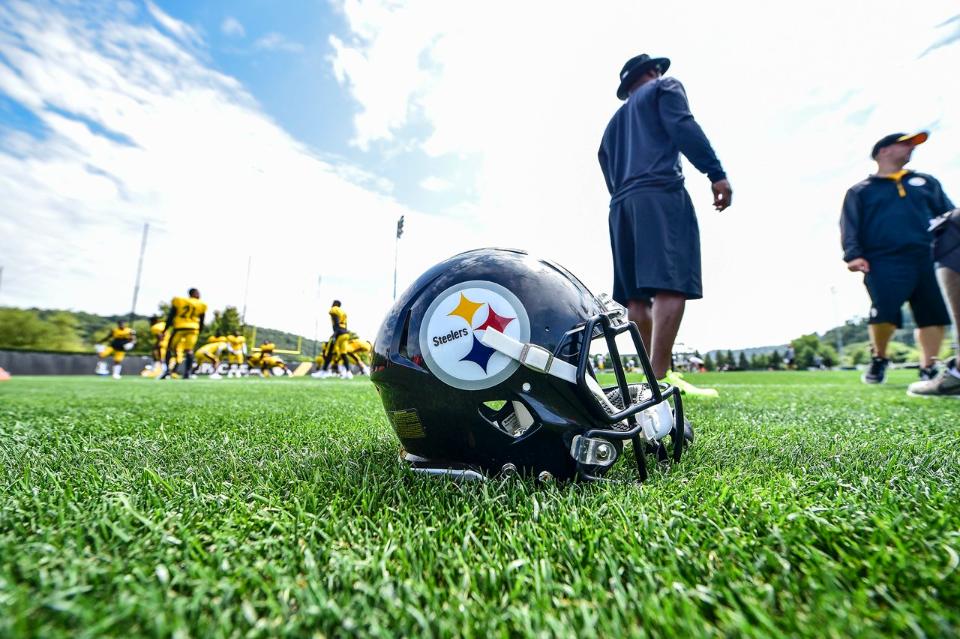 As the preseason draws to a close, it’s time again to look at the roster and project the 53 men who will stay onboard come Saturday at 4:00 PM. This likely won’t be the last we hear of some of these men. Some will spend the year developing their craft on the practice squad and some others still may bounce back and forth from the practice squad to the active roster depending on injuries and needs on the special teams units in particular.
It also seems as though every year there is some guy that Tomlin tries to cut two or three days after final cuts to keep him from being claimed by another team and thus can “sneak” him onto the practice squad.

Most of these projections were not difficult to make, but some people will argue that I’m out of my mind. Here goes:

At the end of the day, I never bought into the Josh Dobbs hype. I saw it and still see it as people trying to convince themselves that Landry Jones would be beaten out. They arrived at an incorrect conclusion because they used what they saw to try to convince themselves of what they wanted to believe rather than evaluating substance. Between that and the words of Jon Gruden, a lot of people were convinced they’d realize their long sought after dream of Landry being cut,…. after he received a $600,000 signing bonus in March. I mean, come on. You really thought he was going someplace?

Being honest, this is what I think they’ll do, based upon what I was told before the Carolina game. If it were up to me, I’d keep Watson over Davis. Neither Fitz Toussaint, nor Knile Davis have been especially impressive this August, especially on kick returns. Returns are why Davis was added and have always been a thorn in Toussaint’s side.

Justin Hunter bad a nice catch last night, but doesn’t play special teams and while he started hot, he’s slowed down a bit as August has worn on. (A fast start followed by a fizzle is the story of Hunter’s career incidentally.) Cobi Hamilton could start for the Jets, but isn’t good enough to make this roster and Demarcus Ayers has been injured for almost all of this preseason. Fortunately Ayers has practice squad eligibility and I believe he’ll end up there.

Xavier Grimble is an awful blocker and isn’t special enough at anything else to keep his job. David Johnson is that piece that offensive coordinators like to have for 8 to 12 snaps per game because he’s willing and able to do all the dirty work that comes along with his role.

Mike Munchak likes to keep 9 offensive linemen. Every year he’s been the coach of this unit, he’s gotten to keep that many men going into the season. I expect the same this year. I’m not a fan of Feiler’s, but he’s the 9th.

The Dan McCullers experiment is over. He hasn’t done much of anything to impress anyone this year in camp or preseason games. Johnny Maxey is no lock here. John Mitchell likes to keep 6 and as Assistant Head Coach usually gets to. That said, he really only needs to dress 5 on game days…..

The first four are obvious choices. The question is whether they’ll keep Arthur Moats who can play inside in a pinch.

9th Linebacker: Moats or Johnson, or a free agent?

The last 8 games played in 2016, Moats averaged 4 snaps per game on defense and 8 on special teams and that’s with the Cleveland game, where he played extensively. That’s too little play to justify Moats’ $2.25 million salary.
On the other hand, Johnson has been nothing special, hasn’t been healthy this August and only played on special teams in 6 games last year. But, he is inexpensive, playing at the minimum salary.

The Steelers could also add an outside free agent here at ILB or OLB, and that’s what I’m going to predict. It may not happen by Saturday though. There would obviously have to be someone that they like available before that addition could take place.

Ross Cockrell doesn’t fit what the Steelers are trying to do going forward. It’s not that Ross is a bad player, he just isn’t very versatile. He’s a zone or off-cover cornerback only and physicality has never been his strong suit. Brian Allen is caught in the numbers game. Too many quality guys ahead of him on the depth chart.

Edit: The revelation that Cam Sutton injured his hamstring, again, on Thursday night may change things here a bit. However, I tend to believe that even if the Steelers put Sutton on injured reserve to start the season, they’ll want the option of bringing him back later this season. In order to be eligible for IR/designated for return Sutton has to spend at least one day on the 53 man roster. If Sutton is going to IR, it saves Ross Cockrell’s roster spot.

When I look at the Steelers safety depth, my first thought is, “Yuck.” It wouldn’t hurt my feelings if they were not to add a 9th LB and instead added a safety.

Looks pretty good to me although I could see them keeping Cockrell instead of a 9th linebacker or 5th safety. Up until 2-3 weeks ago he was penciled in as the starter opposite Burns.

There’s one player that if it were15 years ago he would be on the roster and seeing some snaps [Jake McGee]. He did everything and more.

I do some football research not related to the Steelers. While doing so i came across something that shocked me. Why isn’t Joe Jacoby in the HOF. I consider him to easily be a top 5 ALLTIME at his position.