If I had told you the Arizona Cardinals would have over 300 total yards in the first half while the Steelers would have less than 100 what would you have guessed the score was?

If you had 10-3 Cardinals then you my friend are as crazy as I am but that’s what the score was and it was due in large part to Steelers’ Defensive Coordinator Keith Butler’s defense. If ever there were an example for ‘bend-don’t-break’ then this is it.

The Cardinals helped out with some really dumb penalties but that’s football and you won’t hear anyone in the Steelers’ locker room apologizing for them.

Let’s not be too filled with praise however because there are still problems on this defense. Last I saw Antwon Blake he was being turned around and screwed into the ground by yet another swift move from Arizona’s John Brown. If I’m any opposing offensive coordinator I’m licking my chops at the thought of isolating my receivers down-field on Blake because the Steelers don’t often get the required pressure that’s needed to assist Blake.

Regardless, I don’t want to spend too much time focusing on what the defense didn’t do because what they did accomplish was pretty darn awesome. The Cardinals came in averaging 34 points per game and the Steelers held them to just 13.

Don’t bother using the “but the Cardinals had an early start time and we know how that goes for Western teams” because following their game in Detroit last week they stayed in West Virginia. They had ample opportunity to get acclimated to the time zone and let’s not forget the Steelers were coming off a Monday night game in San Diego.

The Steelers’ defense is strong up the middle right now and if you look at any sport whether it be baseball, football or basketball, if you’re strong up the middle then you are a step ahead of the game. It starts with Cam Heyward and Stephon Tuitt, moves to the middle with Lawrence Timmons and the duo of Sean Spence and Vince Williams. From there it goes to a suddenly very stable Mike Mitchell.

When you can solidify your middle it allows you to do other things on the outside and that’s why we’ve seen Butler bringing so much pressure with his secondary. Whether it’s William Gay or Mitchell or Ross Cockrell, Butler is constantly bringing heat off the edges.

While the middle is strong the other thing this defense is doing is creating turnovers. Two straight weeks now have seen the Steelers’ defense come up with some huge plays to completely turn the tide of the games. This hasn’t always been the case in recent years but is a welcome sight obviously.

Make no mistake, this Steelers’ defense is still a work in progress but so far, the progress has been better than most of us thought. 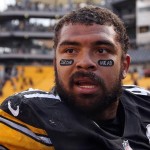 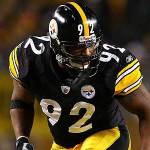