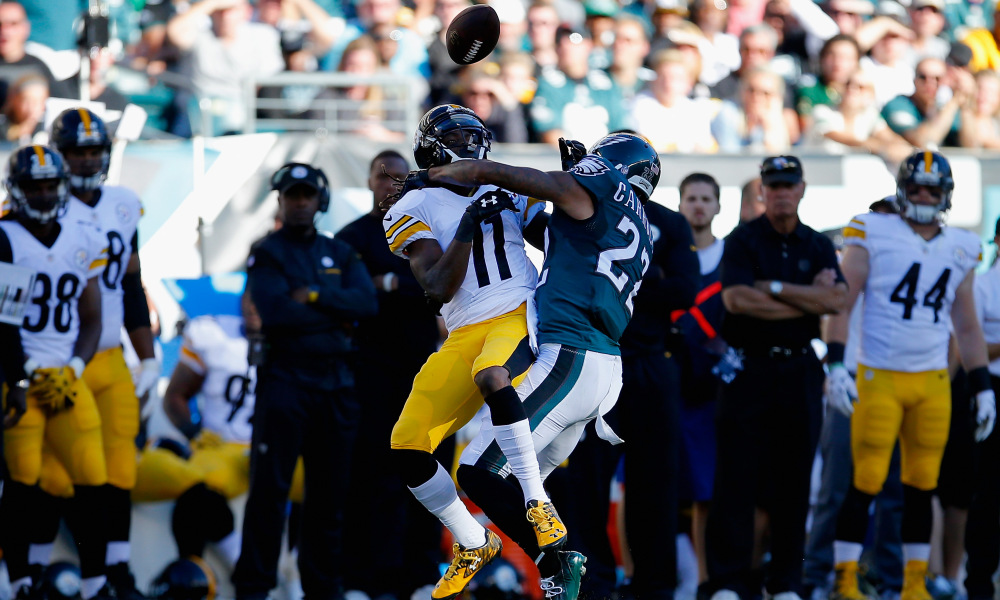 Through the first two weeks of the season, as Markus Wheaton missed games I personally became very concerned. I liked Sammie Coates’ deep speed, I liked Eli Rogers’ work out of the slot, but I felt that neither was really ready enough to become a go-to guy for quarterback Ben Roethlisberger.

I felt that Markus Wheaton would be a big addition back into the offense, not necessarily because I think he’s that much better than Coates or Rogers, but because he’s a guy that’s been around, that Ben knows he can rely on in big moments.

Clearly, after what we saw in Philadelphia on Sunday I may have been giving Markus Wheaton a little too much credit.

After Wheaton’s early drops, and subsequent benching, it became pretty obvious throughout the game that Ben wasn’t feeling all that confident throwing to anyone outside of Antonio Brown. Brown was targeted by Ben 18 times. Coates saw 4 targets, Eli Rogers had 5, James had 4, Wheaton had 5, and Deangelo Williams had 7.

Ben targeted Brown as many times as all of his other receivers combined. That to me has showed that Ben may not have a ton of faith in those other guys, and that’s a problem. Antonio Brown is amazing, but as we saw Sunday, he can make plays and the Steelers still get their butts kicked.

I think Antonio is a guy that’s (almost) matchup proof. He’s not going to get completely shut-out often, but that doesn’t mean he can do it all.

I think some of the other guys are coming along. Sammie Coates is starting to earn a little more trust each week, but we’re still seeing a small sample size. Right now, I think that he’s probably the 2nd guy on the depth chart in 2 WR sets.

Eli Rogers showed a mental lapse in week 1 when he ran a bad route leading to an interception. Again, he just needs time but we saw on Sunday he was basically erased by a good defense.

Jesse James as exceeded my expectations so far, but his ceiling is just not much higher than what we’ve seen so far. I think that he’s a nice option to snag some short passes and hang on taking a big hit, but he’s just not athletically gifted enough to take over a game.

I’m going to chalk up last weeks disaster from Markus Wheaton as rust. I’d like to see the Steelers get him involved early on Sunday night against the Chiefs with some short completions to get his mind right. To me, he’s the guy that’s most likely to step up as a reliable option quickly.

The return of Le’Veon Bell should get Ben excited, but I still think that this team needs a 2nd option from the receiver group to step up if they want to be an offense that can thrive in a tough road environment. 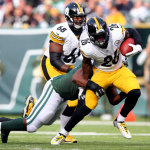 […] think Chris is on to something with his piece on Ben Roethlisberger needing a second option he can trust. Le’Veon Bell will help that a bit but there just isn’t a tight end or second receiver […]